'Baba' back to dhaba after restaurant fails 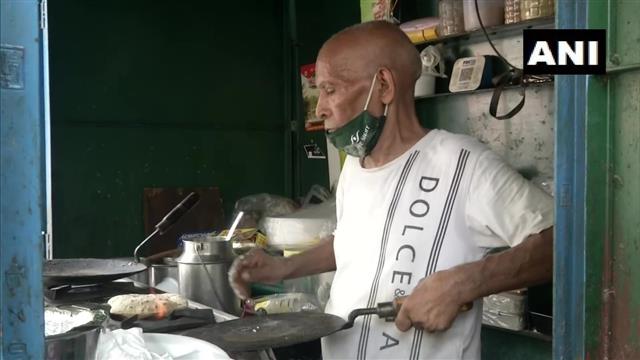 Kanta Prasad, the owner of Baba Ka Dhaba eatery in Delhi, who had shot to fame last year after a YouTuber highlighted octogenarian's grim financial condition due to the coronavirus pandemic, had to shut down his new restaurant that he had opened in Malviya Nagar in December 2020 using the donation money, owing to losses.

The 80-year-old is now running his famous 'Baba Ka Dhaba' eatery and wishes to continue to running this Dhaba as long as he is alive.

"I had shut that new eatery on February 15. The heavy expense of around Rs 1 lakh was involved in running it and we had to pay Rs 36,000 per month to workers working there and the rent of that shop was Rs 35,000 per month. Other expenses included electricity bill, water bill, etc. As compared to the investment, the returns were less so it was necessary to close it because we were incurring losses," Prasad told ANI.

According to Kanta Prasad, the menu of his restaurant included Indian and Chinese food.

He said that his old eatery is more profitable since the investment and maintenance cost is less and he makes good profits.

"I am able to earn more through this shop (old eatery) since most of our customers know this place. Not many knew about our new shop," he further said.

After the video, in which 'Baba Ka Dhaba' owner tearfully talked about the loss of business due to the Covid, went viral, hundreds of people queued up outside his eatery in south Delhi to buy their food. The eatery became an overnight success and people from across the country had also made generous donations to Kanta Prasad. Later, he started a restaurant with this money.

Kanta Prasad said he still has Rs 20 lakhs left for his future.

"I will run this Dhaba till I am alive. The day business sees a slump, I will shut it. We have kept Rs 20 lakhs for me and my wife from the money we received as donations last year," he added. ANI