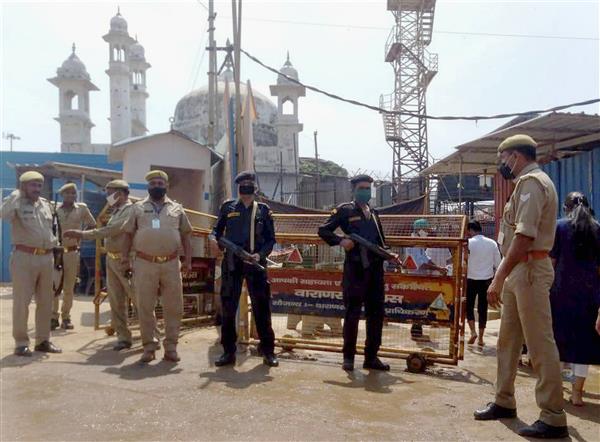 Enhanced security outside Kashi Vishwanath temple and Gyanvapi mosque after the verdict on Babri mosque demolition case by the special CBI court, in Varanasi. PTI

Former CBI director PC Sharma on Wednesday said the acquittal of all the 32 accused in the Babri masjid demolition case was a vindication of his decision of dropping criminal conspiracy charge against the then deputy prime minister LK Advani.

“The verdict of the court has brought to light what I had opined nearly two decades back that there was no criminal conspiracy,” Sharma told PTI here after a special CBI court in Lucknow announced its verdict.

He said during his tenure—first as an officiating director of the CBI and later during his two-year stint as its chief, he went through every detail of the case and reached a conclusion that no criminal conspiracy case was made against Advani.

“Pursuing this, an application was moved before the Rae Bareilly court informing it of the CBI decision in 2003 but all hell broke loose and the agency was questioned and even accused of siding with the political government of the day,” the former director, who is in his early 80s, said.

A 1966-batch IPS officer of Assam cadre, Sharma, who has the distinction of being the first CBI chief to be elected as vice president of Interpol, said, “I believe today’s verdict is an answer to all those accusations and the case has reached its finality.”

Delivering the much-awaited verdict in the 28-year-old case earlier in the day, CBI judge S K Yadav held that there was no conclusive proof against the accused, including BJP veterans Advani, MM Joshi, Uma Bharti and Kalyan Singh.

The case relates to the demolition of the disputed structure in Ayodhya on December 6, 1992 by karsevaks, which triggered riots for several months that left nearly 2,000 people dead across the country. The karsevaks claimed that the mosque was built on the site of an ancient Ram temple.

The central agency produced 351 witnesses and 600 documents as evidence before the court in the case.

Sharma was the first CBI director to get an assured stint of two years following a Supreme Court ruling on fixing tenure of the agency’s chief.

It was only after his appointment for a fixed tenure that the government in 2004 initiated the process of fixing a two-year tenure for home secretary, foreign secretary, director of Intelligence Bureau and RAW chief. PTI