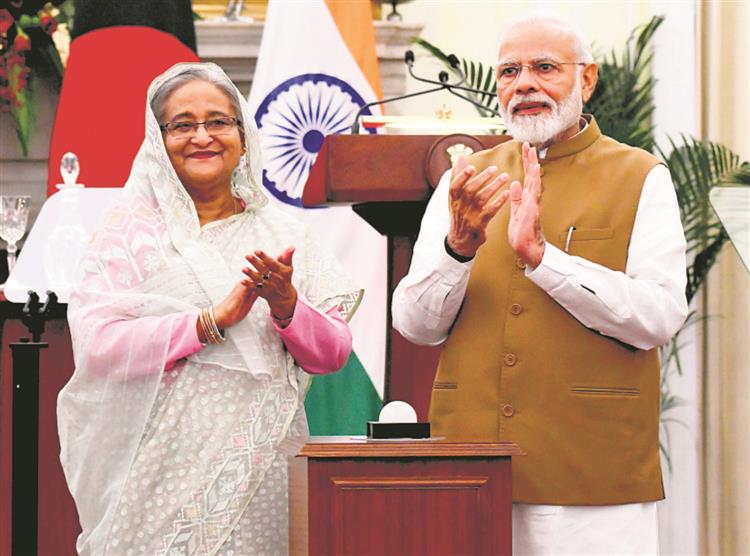 India and Bangladesh have sought to build up a mango relationship that goes beyond gifting between highly placed counterparts.

The latest edition of the subcontinent’s mango diplomacy, however, did not suffer the fate of a similar effort by Pakistan barely a month ago which found no takers in several countries, including the US and China.

The famous “Haribhanga” mangoes that crossed the Benapole border on Sunday were waived off from the Bangladesh side by Customs Deputy Commissioner Anupam Chakma as a “souvenir of friendship between the two countries” and received on the Indian side by Bangladesh’s Kolkata Consulate official Samiul Quader.

India and Bangladesh have sought to build up a mango relationship that goes beyond gifting between highly placed counterparts. Few years ago, Hasina inaugurated a “special mango train” on the Chapainawabganj-Dhaka route via Rajshahi to transport mangoes at lower cost.

Mangoes though have a mixed record in promoting bilateral ties. A similar gift from then Pakistan PM Nawaz Sharif to PM Modi in 2015 did not help lower tensions, including firing.

It may have even contributed to the plane crash in 1988, killing Pakistan military dictator Gen Zia-ul-Haq as well as US Ambassador Arnold Raphel as it was speculated that a bomb was hidden in one of crates of mangoes gifted to them.

But mangoes have also melted tensions between both countries as was the case when Gen Zia sent “Anwar Rataul” mangoes to then PM Indira Gandhi in 1980 and, just before the Agra summit, Gen Pervez Musharraf sent mangoes to then PM Atal Bihari Vajpayee.