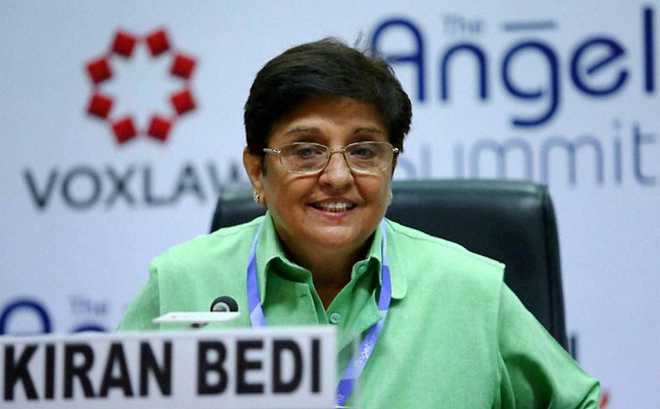 Days after being removed from the office of Lt Governor of Puducherry, Kiran Bedi left for Coimbatore on Sunday enroute to Delhi.

She was seen off at Raj Nivas by staff and workers.

Before leaving Raj Nivas she told the staff she wished for a prosperous Puducherry.

The former IPS officer was keen that there should be ‘perfect and corruption free administration and financial prudence.’

She was replaced by Telangana Governor Tamilisai Soundararajan, who is holding the post of Lt Governor under additional charge.

But, Bedi continued to stay on in Raj Nivas till Sunday.

In a WhatsApp message, she said she was thankful to her successor for having allowed her a few days (to stay at Raj Nivas) to help pack up to travel back to Delhi.

She said she would visit Isha Foundation in Coimbatore before flying to Delhi.

Bedi also said that she would visit Puducherry as a tourist to meet her friends and take a stroll on the beach here.

Bedi was the fourth woman incumbent of the post of Lt Governor.

She assumed the office of Lt governor on May 29, 2016 and had been at loggerheads with Chief Minister V Narayanasamy on various issues. — PTI

Dispel impression that you are dragging your feet, SC tells UP SIT on Lakhimpur Kheri violence

A bench of Justices DY Chandrachud and BV Nagarathna allows ...