China setting up military base in Indo-Pacific region : The Tribune India 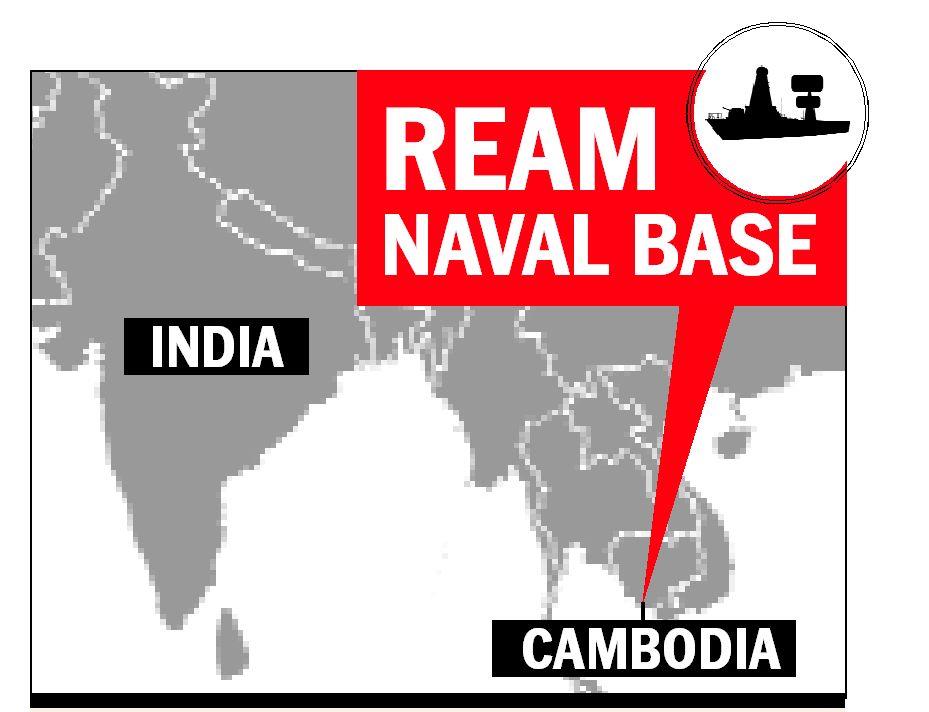 After setting up its first overseas military base at Djibouti (Africa) in 2017, China is looking at a base in Cambodia in the Indo-Pacific and close to the maritime dispute in the South China Sea.

A US Department of Defence report titled ‘Military and Security Developments Involving the People’s Republic of China’ released on November 30 said: “The Chinese military facility at Ream Naval Base in Cambodia will be the first overseas base in the Indo-Pacific”.

In early 2021, dredgers were spotted off Cambodia’s Ream Naval Base, where the Chinese are funding construction work to have a deep port facility — necessary for the docking of larger military warships. In June 2021, Cambodian Defence Minister accepted that China would help modernise and expand the Ream Naval Base.

The US assessment says China is seeking to expand its overseas logistics and basing infrastructure to allow the People’s Liberation Army (PLA) of China to project and sustain military power at greater distances.

The PLA base in Djibouti now has an operational 450-metre ship berthing pier which will be able to accommodate the Chinese Navy’s aircraft carriers, other large combatants and even submarines.

After kicking off work in Cambodia, the likely other places being considered for military bases are in Myanmar, Thailand, Singapore, Indonesia, Pakistan, Sri Lanka, the UAE, Kenya, Equatorial Guinea, Seychelles, Tanzania, Angola, and Tajikistan among other places as locations for PLA military logistics facilities.

China has probably already made overtures to Namibia, Vanuatu, and the Solomon Islands which are well known. Not all attempts of China are expected to fructify. Such bases not just help in military conflict but enable diplomatic signalling, political change, bilateral and multilateral cooperation and training. Crucially, all this will enable intelligence gathering.

Beijing may use a mixture of military logistics models. These could include a preferred access to commercial infrastructure abroad, exclusive logistics facilities with prepositioned military supplies and bases with forces stationed. Some of China’s Belt and Road Initiative (BRI) projects could create a potential military advantage, with PLA getting access to foreign ports to pre-position the logistics support to sustain naval deployments in the Indian Ocean, Mediterranean Sea and Atlantic Ocean.