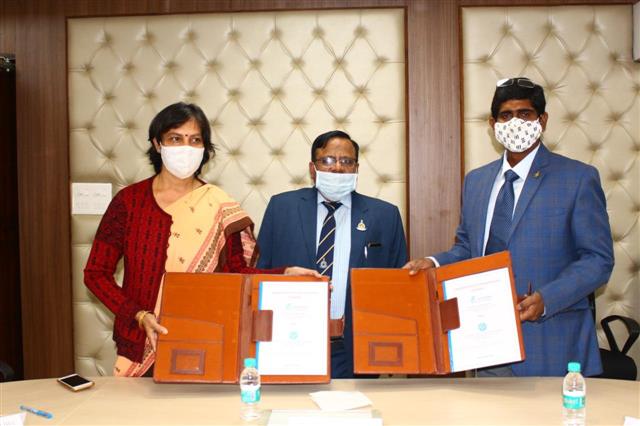 A memorandum of understanding was signed between the two organisations in Chandigarh on Saturday. Tribune photo

The Panchkula Division of Bharat Electronics Limited (BEL) and Central Scientific Instruments Organisation (CSIO), Chandigarh will work as joint partners for design and development of futuristic technologies in the area of aviation and perimeter security.

A memorandum of understanding in this regard was signed between the two organisations here today. BEL is a Navratna Public Sector Undertaking under the Ministry of Defence, while CSIO is a constituent laboratory of the Council of Scientific and Industrial Research under the Ministry for Science and Technology.

Jitender Kumar, Additional Director General in the Defence Ministry’s Directorate General of Aeronautical Quality Assurance was the chief guest.onm the occasion. He appreciated CSIO’s efforts for developing aviation technologies and congratulated it for the design of Head up Display for aircraft. He also emphasised the need to develop more aviation related technologies in the future.

CSIO Director, Prof SA Ramakrishna, said that the partnership between the two organisations is cemented by this agreement. It enabled CSIO to be the natural research source for BEL, while BEL becomes the logical industry partner that takes up and translates to reality the niche technologies developed by CSIO.

Prabha Goyal, General Manager, BEL revealed that BEL will jointly explore  more futuristic avionics technologies and systems for perimeter monitoring to develop state of the art technologies for contributing towards self reliance.