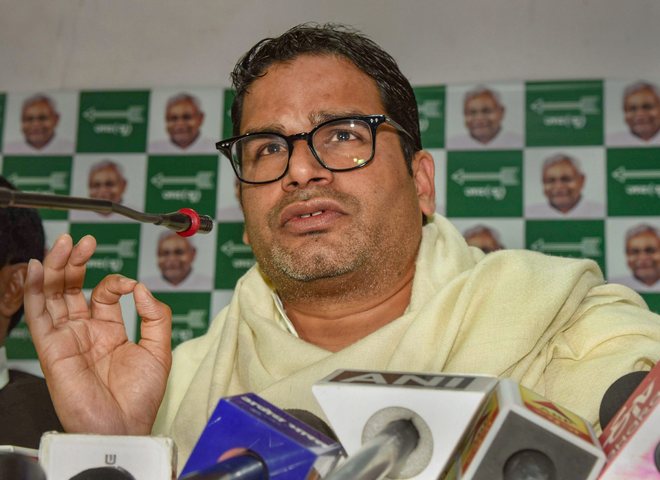 A political controversy erupted in West Bengal during the fourth phase of the elections when BJP's IT cell released an audio tape of Trinamool' election strategist Prashant Kishor where he was heard saying a 'ClubHouse' chat that Prime Minister Narendra Modi is hugely popular in West Bengal and this is one of the factors that will decide, which party sweeps the state.

BJP's IT cell chief Amit Malviya claimed that Chief Minister Mamata Banerjee's election strategist Prashant Kishor had accepted the BJP's victory. Malviya shared the audio of Prashant Kishor's discussion on the ClubHouse platform on social media. In this, Kishor is chatting with some journalists.

That moment when Mamata Banerjee’s strategiest realised that the Club House room was open and his admissions were being heard by the public at large and not just a handful of Lutyens journalist.

In a public chat on ClubHouse, Mamata Banerjee's election strategist concedes that even in TMC's internal surveys, BJP is winning. The vote is for Modi, polarisation is a reality, the SCs (27 per cent of WB's population), Matuas are all voting for the BJP, Amit Malviya- National in-charge of BJP's Information & Technology department wrote in his tweet.

In the audio, Kishor is saying that on a public chat at the clubHouse, Prashant Kishor admitted that BJP is winning in TMC's internal survey too. People are voting for Modi and polarisation has taken place. SC and Matua, 27 per cent of Bengal's population all voted for the BJP.

The name of group is "Bright Wing" and listen to the question of Magsaysay award winner journalist Ravish Kumar !!

Another candid admission by Kishor is that -- all that the Left, Congress and TMC ecosystem have done in the last 20 years is Muslim appeasement. Implication? It has resulted in resentment on the ground. The speakers had not realised that the chat was public, Malviya wrote.

That moment when Mamata Banerjee's strategist realised that the ClubHouse room was open and his admissions were being heard by the public at large and not just a handful of Lutyens journalist. Deafening silence followed, Malviya added.

Prashant Kishor was immediate to react. "I am happy that the people of BJP are taking my clubHouse chat more seriously than the statements of their leaders. I appeal to them to release the entire conversation except for some part of the chat. In the part that has been released, the question was being answered about how BJP is getting 40 per cent votes and how it has been thinking that the BJP is winning. He also said through social media that the BJP will not be able to cross the 100 mark in Bengal elections" Kishore tweeted.

I am glad BJP is taking my chat more seriously than words of their own leaders!😊

They should show courage & share the full chat instead of getting excited with selective use of parts of it.

I have said this before & repeating again - BJP will not to CROSS 100 in WB. Period.