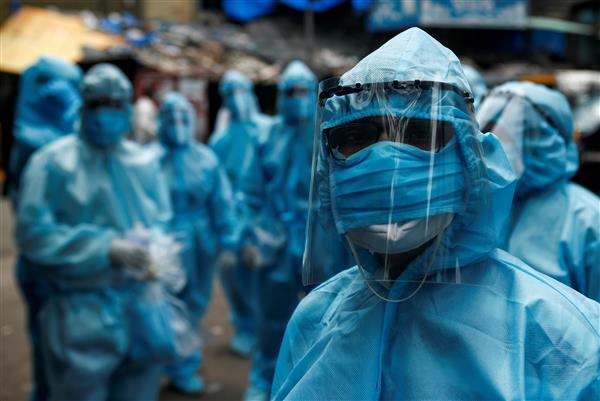 Karnataka has been consistently registering daily Covid infections in the range of 7,000 to 9,000 plus cases. — Reuters

In what could be the first case of a coronavirus re-infection in Karnataka, a 27-year-old woman has again been found positive for the disease after her treatment and discharge, a private hospital in Bengaluru said on Sunday.

However, the government did not yet confirm if this was the first case of re-infection in the state.

Om Prakash Patil, Director, Health and Family Welfare Services, told IANS that they will seek information from the districts. "So far, nobody has reported," he said.

The woman, who does not have any comorbidities, fell victim to the virus for the first time in July with mild symptoms of cough and fever.

Following treatment, she recovered and was discharged.

"However, in a span of one month, she has developed mild symptoms and has been confirmed to have a Covid infection again," said the official.

According to Pratik Patil, consultant for infectious diseases in the hospital, Covid immunoglobulin G antibodies test positive after two to three weeks of infection in normal cases.

"However, in this patient, the antibody tested negative which means she did not develop immunity after infection. Other possibility is that the IgG antibodies disappeared in nearly one month leaving her susceptible for reinfection," he said.

According to the doctor, some reinfection cases may not produce antibodies and even if they develop, they may not last longer, allowing the virus to renter the body for a newer infection.

Karnataka has been consistently registering daily Covid infections in the range of 7,000 to 9,000 plus cases.

On Saturday, the state registered 9,746 more Covid cases, raising its tally to 3.89 lakh.

Majority of the cases in the southern state are concentrated in Bengaluru Urban district, which has 1.44 lakh cases, out of which 41,479 are active. IANS