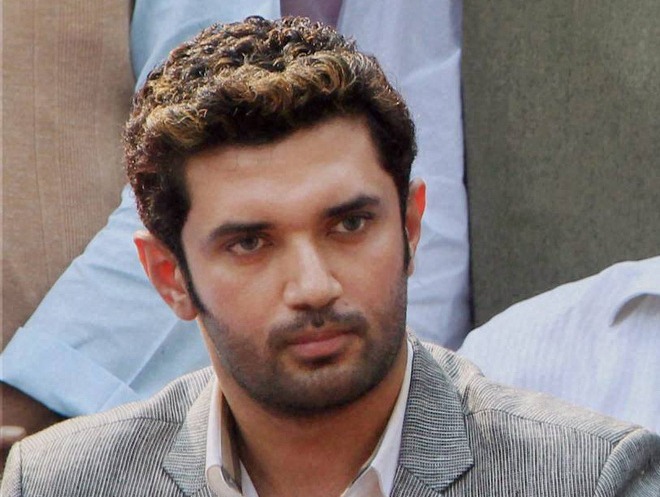 Bihar is tipped for midterm polls as constituents of the ruling NDA are at each other's throat, former ally Chirag Paswan claimed here on Friday.

Paswan claimed that the likelihood of early polls became evident when Chief Minister Nitish Kumar, "who does not venture out until faced with elections", recently planned a state-wide tour.

He was replying to queries from journalists about recent squabbles between Kumar's JD(U) and the BJP, primarily over the manner in which liquor prohibition law is being implemented in the state.

"Since the day assembly polls results came out, I have been saying that this government is not going to last. The straw in the wind is now for all to see," said Paswan who heads a splinter group of Lok Janshakti Party.

An ugly spat ensued after a JD(U) spokesman took potshots at state BJP president Sanjay Jaiswal over his offer of help to family members of those who died in a hooch tragedy in West Champaran district last year.

Jaiswal is also engaged in a war of words with Upendra Kushwaha, the JD(U)'s parliamentary board chief, over the alleged denigration of Emperor Asoka by a Sahitya Akademi winning playwright, who is perceived to be close to the saffron party.

Paswan further pointed towards notes of discord struck by Mukesh Sahni, a minister whose Vikassheel Insaan Party had joined NDA just ahead of the assembly polls in 2020.

His party's MLA from Bochaha died recently and Sahni threatened to exit the alliance if the BJP or the JD(U) staked claim for the seat in by-election.

"All these things indicate man bhed (rift) as distinct from mat bhed (divergence of views). It is bad for any alliance," said Paswan.

The former president of undivided LJP was also asked about the possibility of his return to the NDA, which some in the saffron party seem to be in favour of.

"My priority is to expand the footprints of my party. Future alliances will be thought about at the time of elections, not before that," said the Jamui MP, who is also being wooed by the RJD-led opposition. ---