Rajput, 34, was found hanging at his apartment in suburban Bandra on June 14 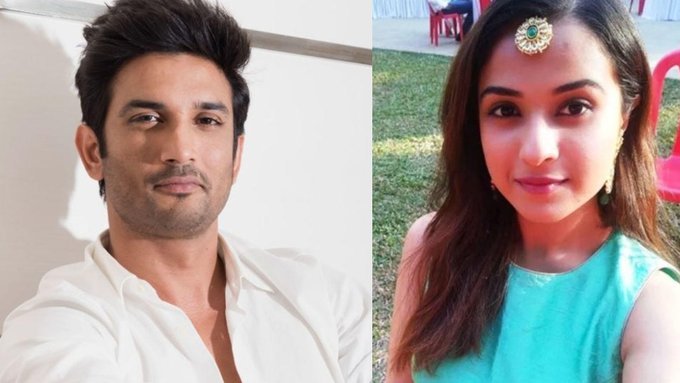 The Bihar Police team, which is in Mumbai to investigate the death of actor Sushant Singh Rajput, will now also probe the case of alleged suicide of the actor's former manager Disha Salian, a police official said on Sunday.

Rajput, 34, was found hanging at his apartment in suburban Bandra on June 14.

Mumbai Police have so far recorded statements of nearly 40 people, including those of Rajput's family, his cook and people from the film industry.

The Bihar Police team is probing a separate 'abetment to suicide' case on the basis of a complaint filed by the late actor's father in Patna.

"We are going to investigate the suicide case of Sushant Singh Rajput's former manager Disha Salian, and will also question his friend Siddharth Pithani, who was staying with the actor for the past one year," Inspector General of Police (Patna zone) Sanjay Singh told PTI.

"Our officials are visiting all possible places related to this case. They had also visited Rajput's residence and recreated the scene. In the coming days, more people are likely to be questioned in the case," he said.

Salian, 28, allegedly committed suicide by jumping from the high-rise building in Malad area here on June 8.

Apart from Rajput, Salian had also managed the work of actors like Bharti Singh, Rhea Chakraborty and Varun Sharma.

Earlier Pithani sent an e-mail to the Mumbai Police, alleging that family members of the late Bollywood star pressurised him to give a statement against actress Rhea Chakraborty, an official said.

Till now, the Bihar Police have recorded statements of 10 people in connection with Rajput's death.

A four-member Bihar Police team has requested the Mumbai Police for all documents related to the probe, including reports of the forensic laboratory, inquest, post- mortem, and the relevant CCTV footage.

The Bihar Police also want details of all those who were examined by the Mumbai Police and what they said in their statements.

On Tuesday, Rajput's father Krishna Kumar Singh (74) lodged a complaint in Patna against the late actor's friend rhea Chakraborty and six others, including her family members, for alleged abetment to suicide.

Singh accused Chakraborty, a budding TV and film actor, of having befriended his son in May 2019 with the intention of furthering her own career.

Rajput starred in films like "Shuddh Desi Romance", "Raabta", "Kedarnath", "Chhichhore" and "Sonchiriya". His most prominent role was that of cricketer Mahendra Singh Dhoni in the biopic "MS Dhoni: The Untold Story". PTI