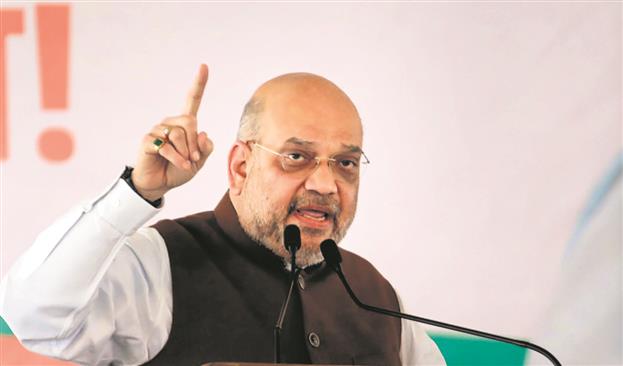 Union Home Minister Amit Shah on Thursday attacked the Congress for joining forces with Badruddin Ajmal’s AIUDF in Assam because of its “lust for power”, and alleged that successive governments of the party did nothing to rid the state of violence and infiltration.

The Congress’ “greed” to capture power in the state would remain unfulfilled and the BJP along with its ally Asom Gana Parishad (AGP), which symbolises Assamese identity, would win the Assembly polls with a two-thirds majority, Shah said during a rally at Borduwa, the birthplace of Srimanta Sankardeva, the 15-16th century saint, scholar and religious reformer, in Nagaon district. — PTI