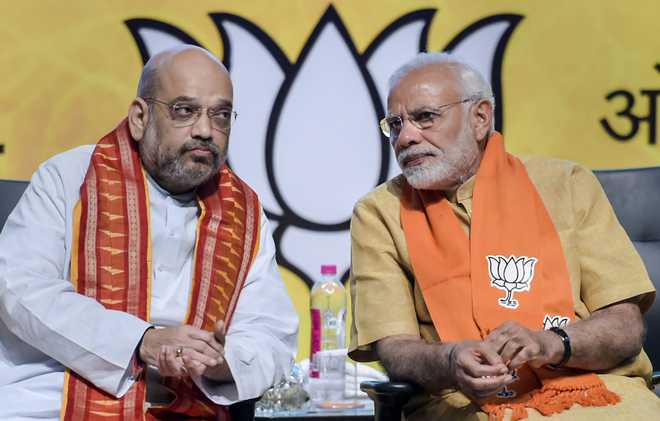 NDA partners in Tamil Nadu — the AIADMK and the BJP — have discussed the return of expelled AIADMK leader Sasikala to the party fold.

Sources say the AIADMK appears to be getting used, even softening, to the point of view that it will help consolidate anti-DMK votes in NDA’s favour.

The issue was discussed during the seat sharing talks between the two allies, the sources said.

The two parties are contesting the April state Assembly elections together.

It is believed that the return of Sasikala will prevent the split of the anti-Dravida Munnetra Kazhagam votes and consolidate them in favour of the NDA.

Sasikala recently appealed to “true followers” of late party supremo Jayalalithaa to join hands in the April elections. Her appeal, days after returning to Tamil Nadu after serving a four-year sentence in an assets case, appeared to be a signal for a truce with the ruling AIADMK ahead of the polls.

The two sides (Sasikala and EPS-OPS) have been slugging it out on Jayalalithaa’s legacy as the state gears up for the Assembly elections, the first in the absence of two political giants — Jayalalithaa and late DMK supremo M Karunanidhi.

Both Palaniswami and Panneerselvam are not comfortable with the idea of Jayalalithaa’s “non-biological” sister Sasikala returning to AIADMK, which they now control. In fact, Palaniswami had made it clear that his party would not take back Sasikala.

However, on Jayalalithaa’s 73rd birth anniversary, Sasikala recalled the late leader’s quote that even after her lifetime, the AIADMK would continue to work for the people for centuries to come.

The BJP seems okay with the idea of “Chinnamma” by their side even though she comes with the baggage.

According to some leaders, if the NDA wants to defeat rival DMK, then Sasikala and her nephew TTV Dinakaran should be brought on board.

After being expelled from the AIADMK, Dinakaran floated a new party — AMMK — and is said to be holding considerable influence in many parts of central and southern Tamil Nadu.