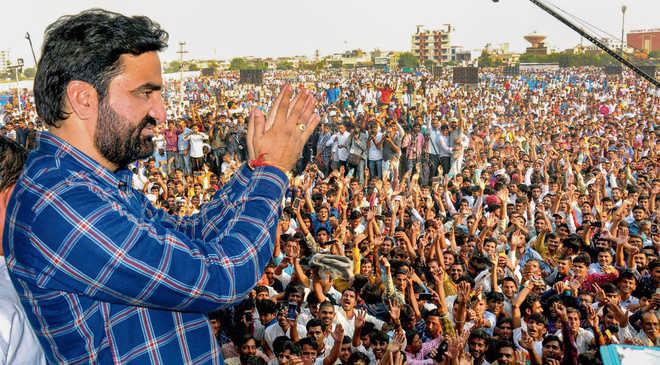 Nagaur MP Hanuman Beniwal, an alliance partner of NDA, on Monday said he will have to reconsider his party’s support to the Centre if the new agricultural reform laws are not withdrawn.

Beniwal, the convener of Rashtriya Loktantrik Party (RLP), appealed to Union Home Minister Amit Shah to withdraw the three farm laws immediately and implement all the recommendations made by the Swaminathan Commission.

“RLP is an alliance partner of NDA, but its strength lies in youth and farmers, and if prompt action is not taken in this matter in the interest of farmers, I will have to reconsider on being part of the NDA,” he tweeted.

Beniwal is the only MP of RLP party which has three MLAs in Rajasthan. PTI