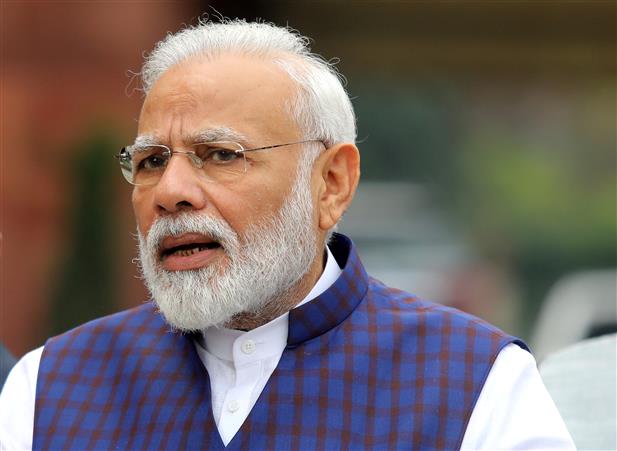 The trend that started last Sunday with an unprecedented number of ‘dislikes’ on Prime Minister Narendra Modi monthly radio show ‘Mann ki Baat’ does not appear to be showing any signs abating.

A video posted today by the BJP on its official channel, where the PM can be seen interacting with a woman probationer, again saw ‘dislikes’ outnumbering ‘likes’ by a huge number.

In fact, a worried BJP chose not to provide the option (of hitting the ‘like’ or ‘dislike’ button) on the video of his interaction with IPS probationers posted on the channel yesterday.

This comes after PM’s address at the third leadership summit of the US India Strategic and Partnership Forum registered more than one lakh dislikes compared to about half the number of ‘likes’.

An animated video of the work done by his government during the Covid pandemic also saw ‘dislikes’ outnumbering the ‘likes’. Though the BJP blames it on ‘Opposition conspiracy’, the trend is coinciding with outrage among students, appearing for JEE and NEET and also those aspiring for various government jobs, who are upset over delay in results, recruitment notification and issuance of admit cards.

It all began last Sunday when PM Modi’s ‘Mann ki Baat’ received a record number of ‘dislikes’ to become one of the most disliked videos on the channel.

While students and those aspiring for jobs expected him to address the issue, the PM skipped talking about them. Soon social media trend started with users asking why he did not address the important issues involving lives and career of lakhs across the country. The BJP claims only a fraction of those hitting the ‘dislike’ button is from India, terming it all a ‘Congress game plan’ to pull down PM’s image.