Chauhan, along with two other ministers, had quit the Yogi cabinet earlier this week 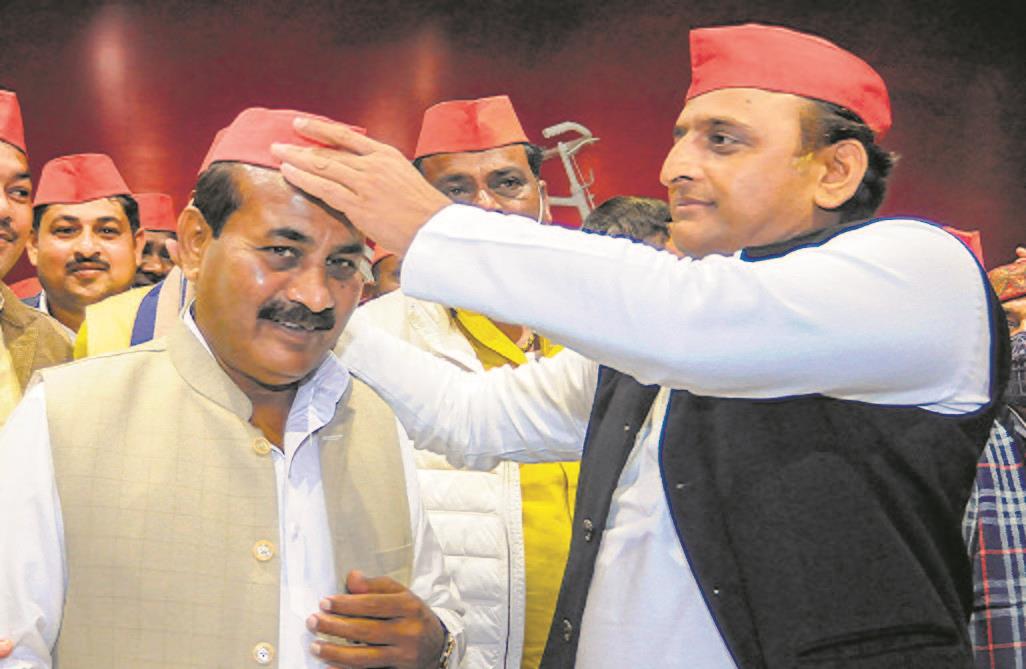 Chauhan, along with two other ministers, had quit the Yogi cabinet earlier this week. Besides Chauhan, Apna Dal (Sonelal) MLA from Vishvanathganj Assembly constituency in Pratapgarh district RK Verma also joined the Akhilesh Yadav-led party. Several other leaders from the BJP and Mayawati-led BSP also joined the SP. The Apna Dal (Sonelal) is an ally of the BJP. Slamming the BJP, Chauhan said, “When the BJP formed government in UP in 2017, it gave the slogan ‘sabka saath, sabka vikas’... But, ‘vikas’ (development) of a handful of people happened while the rest were left to their fate.”

Terming the SP as his “old home”, he said, “We will change the Uttar Pradesh politics and make Akhilesh Yadav the CM once again.”

Meanwhile, BKU national president Naresh Tikait has extended his support to SP-RLD candidates in the upcoming UP elections. “I hope people of the state will support the candidates of this coalition,” Tikait said while addressing people at Sisauli here. The alliance of the Rashtriya Lok Dal and the Samajwadi Party had on Saturday announced its second list of seven candidates for the assembly elections. (With PTI inputs)