BJP gets started with mission Uttar Pradesh : The Tribune India 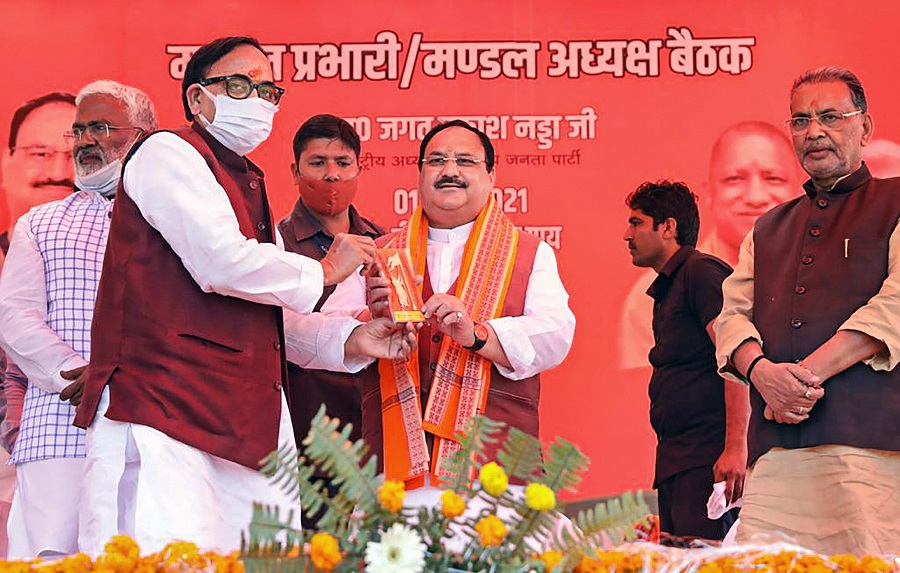 Even before the first vote is cast in the upcoming elections to four states and a Union Territory, the BJP is on with its next mission – Uttar Pradesh polls, the party’s biggest electoral test of 2022.

Addressing the cadres, Nadda said the real strength of the organisation was its booth workers and called upon state leaders to strengthen booths. He urged the party workers to inform people about the works carried out by the State and Central governments and be a part of people’s “happiness and sorrows” and help solve their problems.

Next year, the key BJP-ruled states of Uttar Pradesh, Gujarat, Himachal Pradesh, and Uttarakhand are due for polls along with Punjab – the epicenter of the ongoing farmers’ agitation.

Western UP, along with Punjab, will be the real big test of the BJP on the three Central farm laws against which farmers of the region are agitating.

Amid the ongoing agitation, the BJP has a tall order to defend – as many as 312 seats in the 403-member UP Assembly. The treasury benches of the Yogi Adityanath-led government have 324 MLAs. This is in direct contrast to upcoming Assembly elections in Tamil Nadu, West Bengal, Kerala and Puducherry where the party in all has just four seats. Assam is the only poll-bound state where BJP is heading the government.

In fact, in two out of the five election-bound Assemblies – Tamil Nadu and Puducherry – the saffron party has “zero” number of seats. In Kerala, it has just one seat and in West Bengal, three.