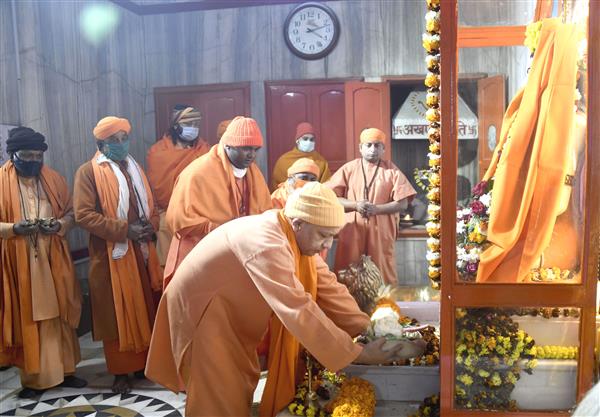 Gorakhpur is the hometown of Adityanath. He had been the MP from Gorakhpur Lok Sabha seat since 1998 until he became the chief minister in 2017.

BJP names 107 candidates for UP election; Yogi Adityanath to contest from Gorakhpur

Speaking to reporters here, the SP chief said, "As far as contesting elections is concerned, earlier it was said that he (Adityanath) will contest from Mathura, Prayagraj, Ayodhya or Deoband. I am happy that the BJP has already sent him home (Gorakhpur)” “Although he is in Gorakhpur, he had a ticket dated March 11 (counting of votes on March 10) booked for it earlier. I think that he should stay back in Gorakhpur and there is no need for him to return (to Lucknow). Heartiest congratulations," Yadav said.

The SP chief further said no MLAs or ministers quitting the BJP will be taken into his party anymore.

"I would tell the BJP that I am no longer going to take BJP MLAs or ministers (into SP), you can cut their tickets," he said.

However, he later said that a BJP leader will soon be joining the SP but did not reveal his name.

When asked about former Uttar Pradesh minister Dara Singh Chauhan, who recently quit the BJP, Yadav said that he will soon join the SP.

Yadav's statements came after the BJP announced the names of 107 candidates for the Uttar Pradesh assembly polls and fielded Adityanath from the Gorakhpur (Urban) assembly constituency.

The party has named candidates for the seats going to polls in the first two phases.

The list was released by BJP's Uttar Pradesh in-charge and Union Minister Dharmendra Pradhan along with party general secretary Arun Singh during a press conference at the party's headquarters in Delhi.

Pradhan said Adityanath will be the BJP's candidate from Gorakhpur city and Deputy Chief Minister Keshav Prasad Maurya from Sirathu. Both are currently members of the state's legislative council.

Elections for the 403-member Uttar Pradesh assembly are scheduled to be held in seven phases starting from February 10.