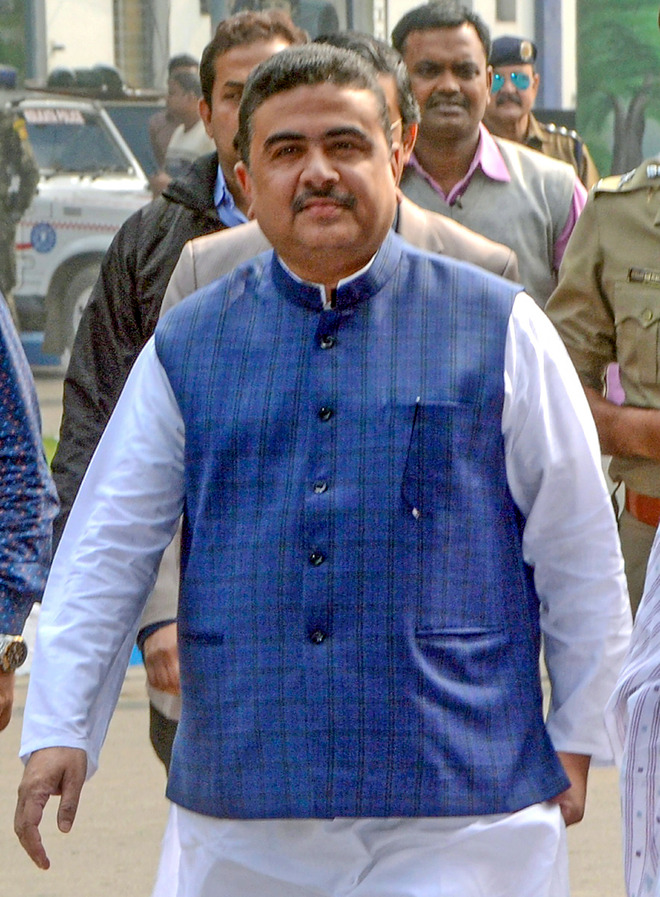 The BJP on Saturday named Suvendu Adhikari as the party candidate from Nandigram, setting the stage for a high-voltage contest between him and Chief Minister Mamata Banerjee.

It was a foregone conclusion that Adhikari, who left the Mamata-led Trinamool Congress and joined the BJP in December, would get the party ticket for the hot seat where polling would take place on April 1. Adhikari was seen campaigning in Nandigram this morning, urging people not to vote for Mamata as “she is an outsider”.

Adhikari had played a key role in the movement against forcible land acquisition in Nandigram, which catapulted Mamata to power in 2011.

BJP general secretary Arun Singh on Saturday evening announced the names of party candidates for 56 of the 60 constituencies going to the polls in the first two phases in West Bengal.

The BJP has decided to leave Baghmundi seat for ally AJSU, while candidates for the remaining three seats would be announced later, said Arun Singh.

The list included the name of cricketer Ashok Dinda. He will contest from Moyna in Purba Medinipur district. The seat is currently represented by TMC’s Sangram Dolai, who has been given the ticket this time too.