BJP runs into resistance in western UP too 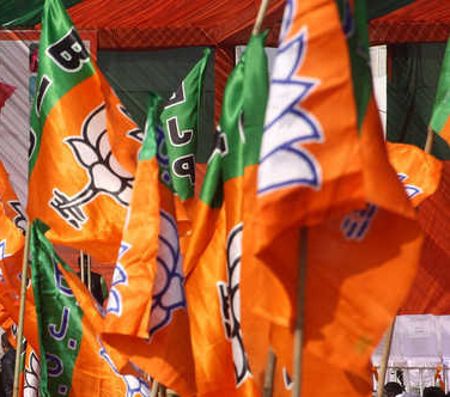 After BJP leaders faced resistance in Punjab over the new farm laws, such scenes are being seen at the party’s western Uttar Pradesh bastion while its leaders are attempting to reach out to their support base, especially Jats, in rural areas.

After BJP leaders faced resistance in Punjab over the new farm laws, such scenes are being seen at the party’s western Uttar Pradesh bastion while its leaders are attempting to reach out to their support base, especially Jats, in rural areas. BKU’s Dharmendra Malik claimed that head of ‘Jawla khap’ Sachin Chaudhary refused to meet Union Minister Sanjeev Balyan, “who had been sent by Home Minister Amit Shah”. In a video posted by Malik, Chaudhary can be heard saying that “no one from the ruling BJP should try to meet him individually. They should meet the Sanyukt Kisan Morcha and its decision will be final (regarding the agitation against the three farm laws)”.

Prof Sudhir Panwar, a Samajwadi Party leader from Bhainswal (Shamli), whose residents “resisted” the entry of Balyan, UP Cabinet minister Bhupendra Chaudhary and Shamli MLA Tejinder Nirwal yesterday said: “Farmers of western UP were upset due to the BJP’s attempts to divide the agitation on the basis of caste.”

During Balyan’s visit today, Shoram village in Muzaffarnagar witnessed clashes between villagers and BJP supporters. “What we were fearing has started happening,” Panwar said.

The headquarters of 32 village khaps, Bhainswal organised a mahapanchayat on February 5 against the farm laws. The event saw the participation of Jats, non-Jats, Dalits and Muslims. The support to farmers’ agitation from “non-Jats and Muslims” is threatening the saffron party’s carefully crafted caste equations in the state. After the 2013 Muzaffarnagar riots, the western UP region witnessed deep polarisation with Hindu Jats, non-Jats and Dalits gravitating towards the BJP.

BKU leader Rakesh Tikait and the RLD’s Jayant Chaudhary are both Jats and most of the mahapanchayats have been in and around Jat-dominated districts. “The BJP’s Jat leaders have been asked to use their influence in dousing the agitation through “khaps’ informal social leadership”.

The BJP strategy is two-pronged. First, to reduce and brand farmers’ agitation as Jat agitation so that other rural castes feel isolated, as seen during the reservation agitation in Haryana. Second, to divide Jats along party lines. However, the strategy is unlikely to succeed as agitation is not limited to Jats, observed Panwar.