BJP silence over killing of sadhus in Bulandshahr comes under attack 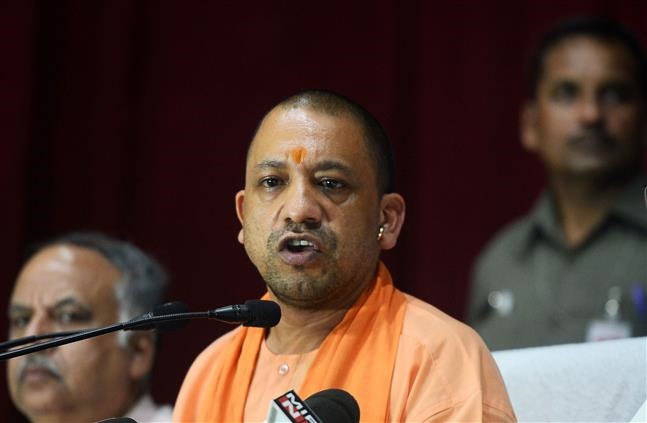 The saffron “silence”, rather the “missing outrage” over the killing of two sadhus in BJP-ruled Uttar Pradesh has come under attack not just by its political rivals but also on the social media. There have so far been no strong Palghar-type reactions from the normally vociferous BJP spokespersons or the Sangh parivaar, who yesterday paid homage to the two sadhus beaten to death in Palghar, Maharashtra.

While the RSS's members lit ‘diyas’ in their memory, affiliate Bajrang Dal wrote in blood to Maharashtra Chief Minister Udhav Thackeray, demanding swift justice and warning of a 'bheeshan virod' (strong agitation) if the Maharashtra government tried to sweep the Palghar issue under the carpet.

Notably, addressing the RSS cadres recently, chief Mohan Bhagwat had also called it the responsibility of the administration, which is the state government, to keep the law and order in check. “Sanyasis (saints) who pray for the wellbeing of humanity were brutally killed in Palghar. What were the police doing? Such an incident should not have happened,” he had said.

While BJP claimed the Palghar killings were intentional, the Maharashtra government had dismissed any communal angle to the incident. And now BJP's political rivals, as also a section on the social media, are wondering why the saffron party and the Sangh parivaar are not showing similar outrage over the killing of the sadhus in Yogi Adityanath-ruled Uttar Pradesh.

The answer, observers say, is rather simple. In Palghar, the BJP found a way to corner Thackeray, “an opportunity to undermine the ruling Aghadi coalition” in its difficult times. While Thackeray has been appreciated over the way he has handled the pandemic in Maharashtra, one of the worst hit states in the country, he has been on the back-foot over some non-Covid-19 issues

One, Thackeray is not a legislator at present and he needs to be nominated on the Legislative Council before May 28, the day he will complete six months in office. Otherwise, he may have to step down as the CM. The Shiv Sena has been accusing Maharashtra Governor BS Koshyari for sitting over the Cabinet's recommendation.

This apart, Thackeray had to face embarrassment over “special treatment” provided to the controversial Wadhwan family. The communal flare-up after three men, two sadhus and their driver, were lynched by a mob who allegedly suspected them to be child-kidnappers and organ harvesters, added to his pile of woes.

Interestingly, when Thackeray spoke to Adityanath he said the Bulandshahr issue should not be communalised. Perhaps it was his way to remind the UP CM of the tough time given to him by the BJP after the Palghar incident. “I spoke to Uttar Pradesh chief minister Yogi Adityanath ji over the phone and expressed concern over the heinous murder of two sadhus in UP’s Bulandshahr. I told him that we are with you. Just the way we acted strongly in such a case, I wish you would do the same and bring the accused to justice. However, I appeal to you that the incident should not be given a communal colour,” Thackeray said.