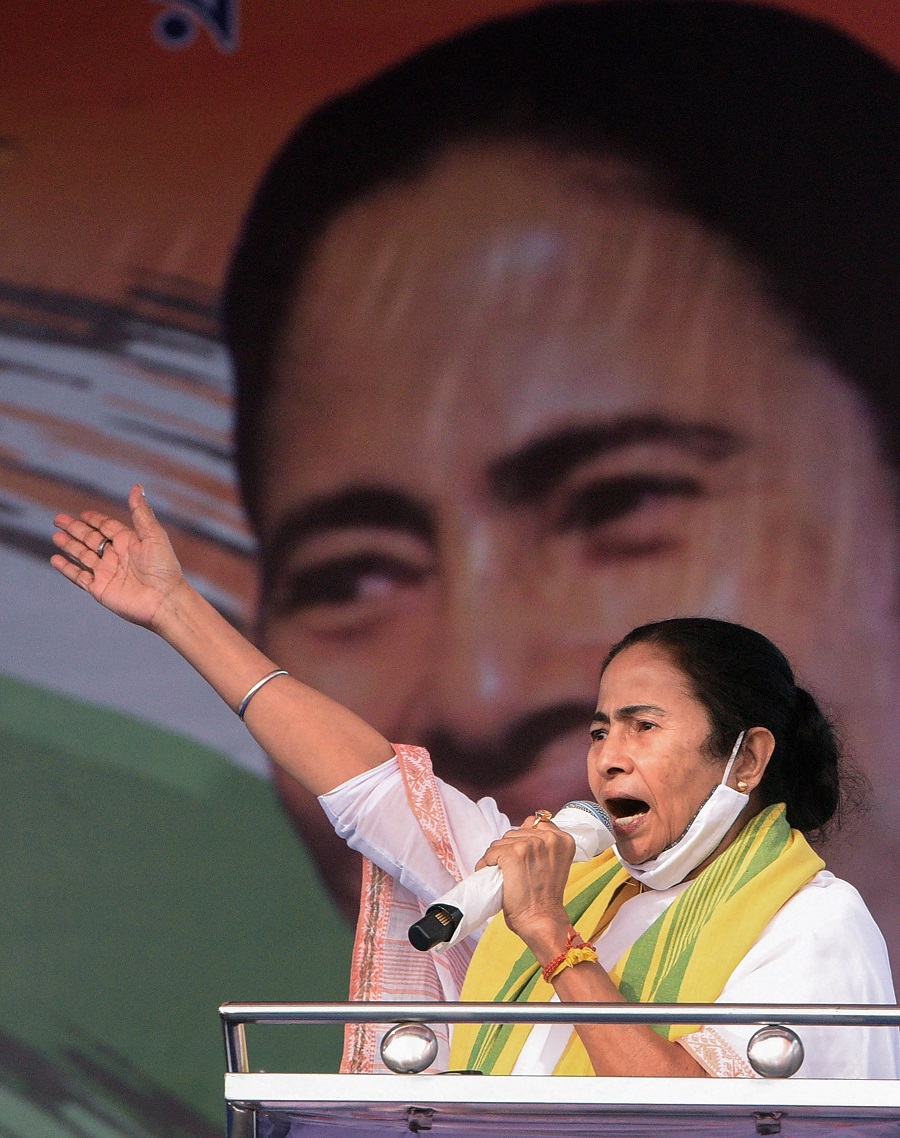 West Bengal Chief Minister Mamata Banerjee on Tuesday slammed the BJP for trying to import Asaduddin Owaisi's AIMIM in Bengal to sharpen the communal polarisation and divide the Hindu-Muslim votes among themselves.

The All India Majlis-e-Ittehad-ul-Muslimeen (AIMIM) after its good show in the Bihar Assembly polls has announced to contest in next year's Bengal polls.

In the recently concluded Bihar elections, the AIMIM won five seats in the Muslim-dominated Seemanchal region on the border of West Bengal.

"In recent Bihar elections, they did the same thing. This party is a B-team of the BJP," Banerjee said while addressing a rally here.

The political parties in West Bengal are apprehensive that political equations in the communally polarised state is set to witness significant changes as the sway of non-BJP parties over minorities, a key factor in several seats, appears to be set for a stiff challenge with AIMIM announcing that it will enter the poll fray in Bengal.

A deciding factor in nearly 100-110 seats in the state, the 30 per cent Muslim population, till 2019, have acted as a bulwark of the TMC against its rivals, with most of them voting in favour of the party, considering it to be a "credible" force that can resist the saffron surge.

A section of the TMC leadership is apprehensive that with the entry of AIMIM, equations are likely to alter.

Elections to the 294-member West Bengal Assembly are due in April-May next year. PTI