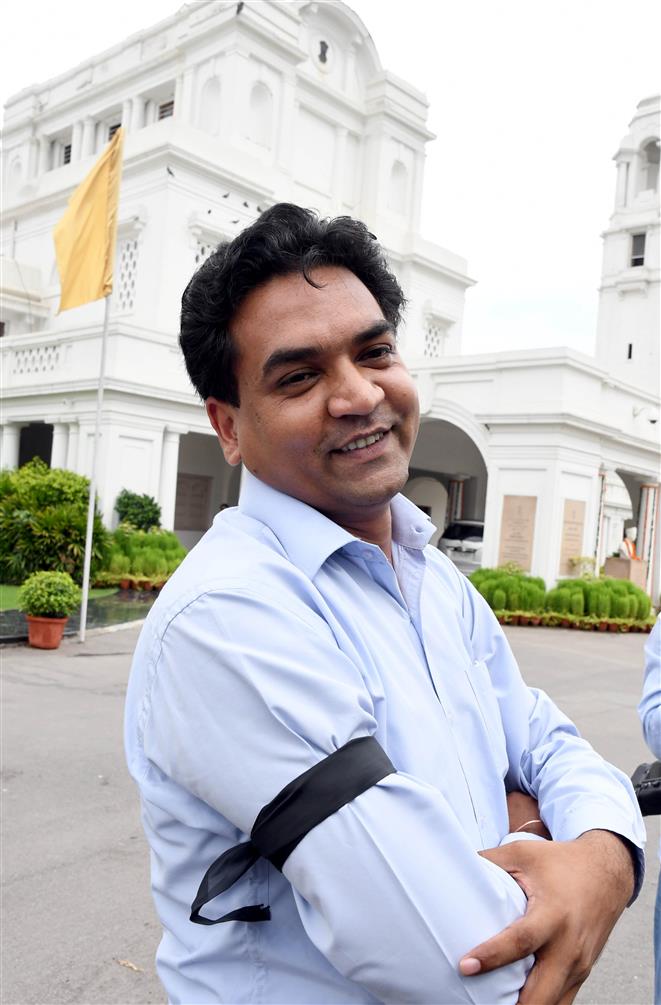 A video of Bharatiya Janata Party leader Kapil Mishra addressing a crowd threatening to “take to the streets” should police fail to clear city roads of protesters supporting the controversial amendment to the citizenship law has gone viral, drawing both protests and criticism.

In a controversial speech he gave to protesters on Sunday before violence broke out between pro-and anti-CAA supporters, Mishra was heard saying: “They want Delhi to burn. Which is why the streets have been closed off, which is why there are clashes in Delhi. We’ve not pelted one stone”.

He addressed his next few words to the police officer standing next to him.

“DCP is with us. I’m making one thing clear one all our behalf—we will hold our peace until Trump leaves.  After that, if roads are not cleared out, we won’t even listen to you,” he said as people around him applauded. “Please clear Jaffrabad and Chandbagh in three days. After that, we’ll have to hit the streets”.

In the caption that accompanied this video, Mishra, a controversial Member of Parliament who previously led a mob shouting “shoot the traitor”, said: “Delhi Police have three days to empty the streets in Jaffrabad and Chandbagh. After that, don’t try to stop us, we won’t listen to you.”

Clashes that broke out between the two groups minutes after this speech spilled into the second day on Monday. A head constable was killed in Monday’s violence in Jaffrabad in Maujpur.

Mishra’s speech came over sit-in protests in Jaffrabad on Monday, when protesters had gathered peacefully near the metro station.

Mishra’s speech has been taken by his critics as provocative. Soon after the video went viral, the hashtag #ArrestKapilMishra trended on Twitter.

Anurag Thakur, Waris Pathan Kapil Mishra are giving hate speeches and trying to ignite a riot. The home made minister is the Mastermind and covering these rioter. Arrest these criminals.

Why there is no arrest??#ArrestKapilMisra