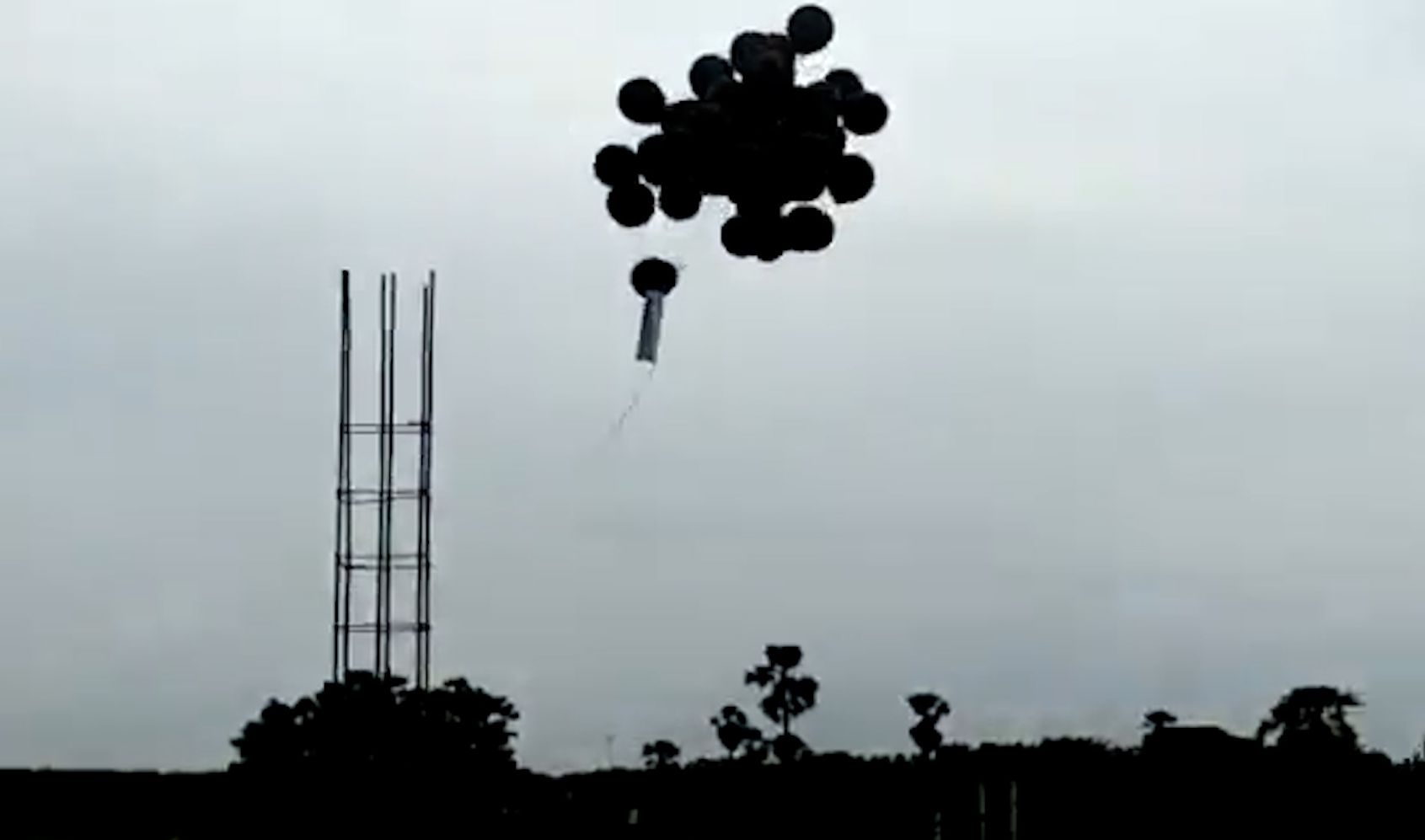 A Congress worker was held on Monday for allegedly releasing black balloons in the flight path of PM Narendra Modi’s Mi-17 helicopter as he took off from Vijayawada International Airport for Bhimavaram.

Soon after the PM’s helicopter was airborne, black balloons were spotted near it, which the Special Protection Group saw as a major security breach. The Andhra Police, however, denied there was any breach of security, but said one Congress worker had been detained for releasing the balloons, while three other party workers were arrested for trying to enter the airport with black balloons for a protest. On the call of the Andhra Pradesh Congress Committee for a protest during the PM’s visit, many local leaders had assembled at the airport to show black balloons to the PM. A Congress worker later released some balloons in the air, which were spotted in the PM’s flight path, raising alarm. The SPG is learnt to have escalated the matter with the state police. Krishna district SP P Joshua claimed two Congress workers released the balloons from an under-construction building at Surampalli village, 4.5 km away from the airport. “By the time the balloons were released, the PM’s helicopter had taken off,” the SP said.