Ex-NSA made scant references to India in his book 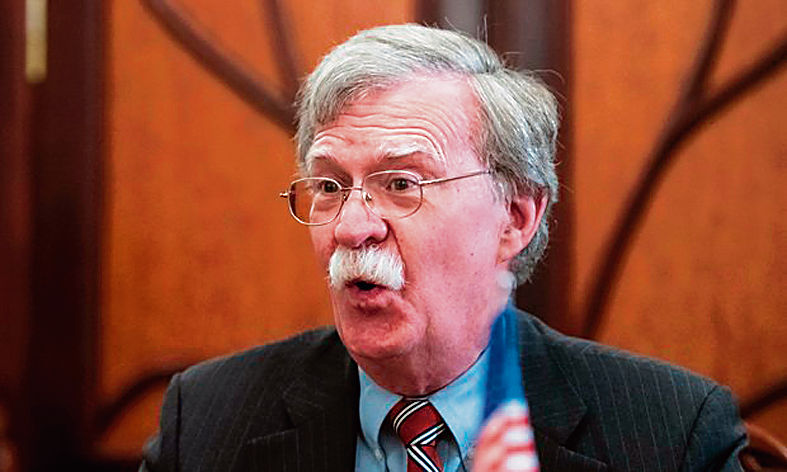 In stark contrast to the attention paid to the US in New Delhi, former US National Security Adviser John Bolton’s “tell-all” book about his one year at the White House has scant references to India.

Things may get out of hand

On the post-Balakot military crises between India and Pakistan, the US establishment did not think it would go too far. The rivalry should not be ignored as it could snowball into unmanageable proportions.

The few comments that he made about India are not in a positive light. On the post-Balakot military crises between India and Pakistan, the US establishment did not think it would go too far. But Bolton felt the rivalry should not be ignored as it could snowball into unmanageable proportions as had happened with Iran and North Korea.

“After hours of phone calls, the crisis passed, perhaps because, in substance, there never really had been one. But when two nuclear powers spin up their military capabilities, it is best not to ignore it. No one else cared at the time, but the point was clear to me: this was what happened when people didn’t take nuclear proliferation from the likes of Iran and North Korea seriously,” wrote Bolton. Trump, recalls Bolton, flatly rejected India’s complaint that it would be disadvantaged if it stopped buying oil from Iran. Not only will India have to find new suppliers but the price will be higher. “India making this argument was understandable” but Trump simply said there was no need to consult Prime Minister Narendra Modi. “He’ll be okay,” he told US Secretary of State Mike Pompeo in a phone call on the issue. While narrating this incident, Bolton too was unsympathetic to the grave discomfort that India will face. He even angrily reacted to bureaucrats who sought to point out that India was buying Iranian oil at prices well below the global market. “It is incomprehensible,” he said on officials stating that “India is so important” or “Japan is so important.”

Trump’s indifference to the troubles of allies was not restricted to India but applied in full measure to others as well. On one foreign leader’s trip to Washington on the same issue, Trump asked his aides to impose sanctions “before he gets here, and then I’ll say I didn’t know anything about it.” The Trump team also was at odds

with India’s ballistic missile\nuclear policy as well as on its stand on climate change in which they believed India got a free ride. "The Paris Agreement was a charade. In this case it gave leeway to countries like China and India, which remained essentially unfettered,’’ he wrote.

Trump was also bitter over the goodwill for India in Afghanistan in contrast to the Afghan attitude to the Americans.