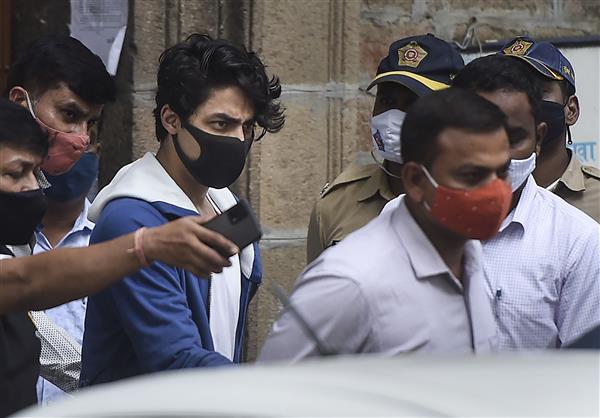 The Bombay High Court on Thursday said it would hear on October 26 the bail plea filed by Aryan Khan, son of actor Shah Rukh Khan, in connection with a case of seizure of banned drugs on board a cruise ship off the Mumbai coast.

Justice Sambre then posted the plea for hearing for October 26.

On that day, the High Court will also hear the bail plea filed by co-accused Munmun Dhamecha.

Aryan Khan (23) moved the High Court on Wednesday evening after a special NDPS court here rejected his bail plea in the afternoon.

The special court, while refusing bail, had observed that Aryan was involved in "illicit drug activities on a regular basis" and had a nexus with drug peddlers and suppliers.

The three were arrested on October 3 by the NCB after it raided the Goa-bound ship  and claimed to have seized drugs, including charas.

They are now in judicial custody. While Aryan and Merchant are lodged at the Arthur Road prison, Dhamecha is lodged at the Byculla women's prison in the city.

The trio and others were held in the case for alleged conspiracy, possession, consumption, purchase and trafficking of drugs under the Narcotic Drugs and Psychotropic Substances Act.

So far, 20 people have been arrested in the case. PTI