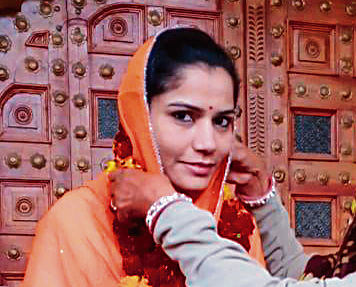 Who knew that the Rajasthan Government’s decision to grant Indian citizenship to a woman born in Pakistan would take her a step closer to her dream of contesting the panchayat elections.

Nita Kanwar (36) was on Saturday elected the sarpanch of Natwada gram panchayat in Tonk district. She defeated her rival Sonu Devi by 362 votes. Eighteen years ago in 2001 when she migrated with her mother and relatives from Pakistan’s Sindh to Jodhpur in Rajasthan, Nita had a volley of questions on her mind — whether she would be able to get good education, a nice husband and realise her dream.

Settled in Natwada gram panchayat for nine years, Nita said: “I graduated from Ajmer’s Sophia College in 2005 and married a Rajput boy in Rajasthan. Nobody in the family is into politics.”

“As a sarpanch, I desire to empower the panchayat women, open a new hospital and a school in the area,” she said. The new sarpanch also runs a boutique.

“It was not easy to get citizenship as the file was rejected many times, but finally we were able to meet all requirements in September 2019. In Pakistan, my family faced a great difficulty in finding a suitable match for me, so we migrated to Jodhpur,” said the mother of two.

Other women too made their panchayats proud by registering their presence in the male-dominated domain.

Oldest contestant Vidhya Devi (97) became the sarpanch of Charanwas-Puranawas gram panchayat in Sikar district. Talking to the local media, Vidhya said she had no ailments and walked long distances. “I want to ensure that villages get water supply. Emphasis will be laid on cleanliness,” she said.