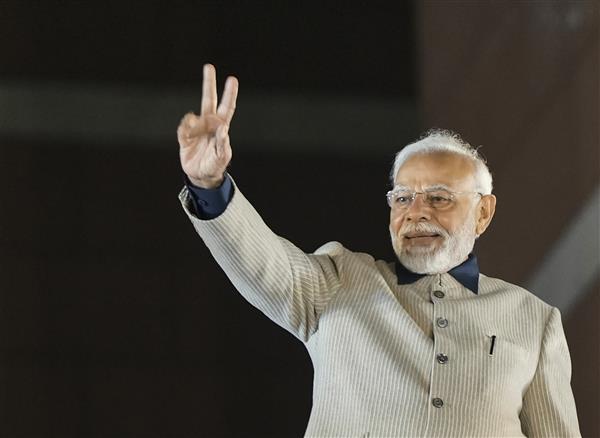 Brand Narendra Modi, BJP’s gambit to replace the chief minister and the entire cabinet on poll eve and a massive tribal and Patidar outreach came together to power the ruling party’s historic seventh win in Gujarat on Thursday.

With the BJP creating history in Gujarat by winning 156 seats out of 182, the highest ever since the inception of the state, pro-incumbency is set to become the new buzzword as the saffron party equalled CPM’s record of seven terms (1977 to 2011) in West Bengal.

The victory, which comes close on the heels of similar feats in Uttar Pradesh and Uttarakhand, where the party retained power against anti-incumbency trends, is also set to bolster the BJP ahead of election cycle in nine states in 2023.

These include the Hindi heartland states of Rajasthan, Chhattisgarh and Madhya Pradesh which together send 65 MPs to the Lok Sabha.

In the previous Lok Sabha polls, the Congress managed to win just two seats out of these 65 despite winning the three major states, where it faces anti-incumbency this time.

The BJP is also expected to expand its people’s outreach going forward, with party president JP Nadda already asking cadres to go house to house and connect with each voting family.

The Gujarat win also comes as a major endorsement of the BJP’s organizational strength, an asset Prime Minister Narendra Modi hailed generously in his address to workers at the party headquarters today.

“We make our strategies based on organisational strength. We are where we are because lakhs of our dedicated workers sacrificed personal ambition to walk this road to nation building,” said the PM, recalling BJP’s rise from Jana Sangh days to today.

The BJP has risen in Gujarat from the proverbial scratch.

Today’s historic mandate is the best ever in the state.

The Congress has conversely lost significantly in today’s electionresults.

Between 1995 and 2017, the Congress tally in every election rose progressively, only to dip to a historic low today.