Evidence could not be submitted on the behalf of the victim, and the incident could not be proved, the lawyer said 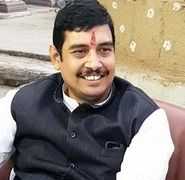 A court here on Saturday acquitted BSP Lok Sabha MP Atul Kumar Singh in a case of alleged rape and cheating filed in 2019 by a woman who committed suicide outside the Supreme Court last year after accusing senior police officers of colluding with the accused.

Anuj Yadav, the advocate of the MP, said that the special judge of the MP-MLA court, Siyaram Chaurasia, gave the decision in favour of Atul Kumar Singh alias Atul Rai, who represents the Ghosi Lok Sabha seat and has been in jail since June 2019 in the case.

“Evidence could not be submitted on the behalf of the victim, and the incident could not be proved,” the lawyer said.

On May 1, 2019, the 24-year-old woman filed the complaint of rape against Atul Rai and others. She alleged said that Rai took her to his flat in Varanasi, raped her, made objectionable videos and took photographs. After this, he threatened to put the videos online.

On June 22, 2019, Rai surrendered in court, and since then, he is lodged in Naini Jail in Prayagraj.

In August last year, the woman along with her friend and witness in the case died after self-immolation outside the Supreme Court in Delhi.

Before committing suicide, the two had recorded a Facebook Live video in which the alleged victim disclosed her identity and claimed that she had filed the rape case against Rai in 2019. She also alleged that some senior police officers were supporting the accused.

Rai was booked by the Hazratganj police in Lucknow for abetting the suicide of the two.

In July, the Lucknow Bench of the Allahabad High Court, while denying bail to Rai, had asked Parliament and the Election Commission of India to take effective measures to remove criminals from politics and break the unholy nexus among them, politicians and bureaucrats.

A bench of Justice Dinesh Kumar Singh said it is the responsibility of Parliament to show its collective will to restrain criminals from entering politics or legislature to save democracy.

Considering the criminal history of 23 cases against Rai, the might of the accused, evidence on record and the possibility of tampering with the evidence, the bench said, it did not find any ground to grant bail to him at this stage.