The show was jointly organised by the Indian Embassy in Abu Dhabi, the Consulate and Emaar Properties 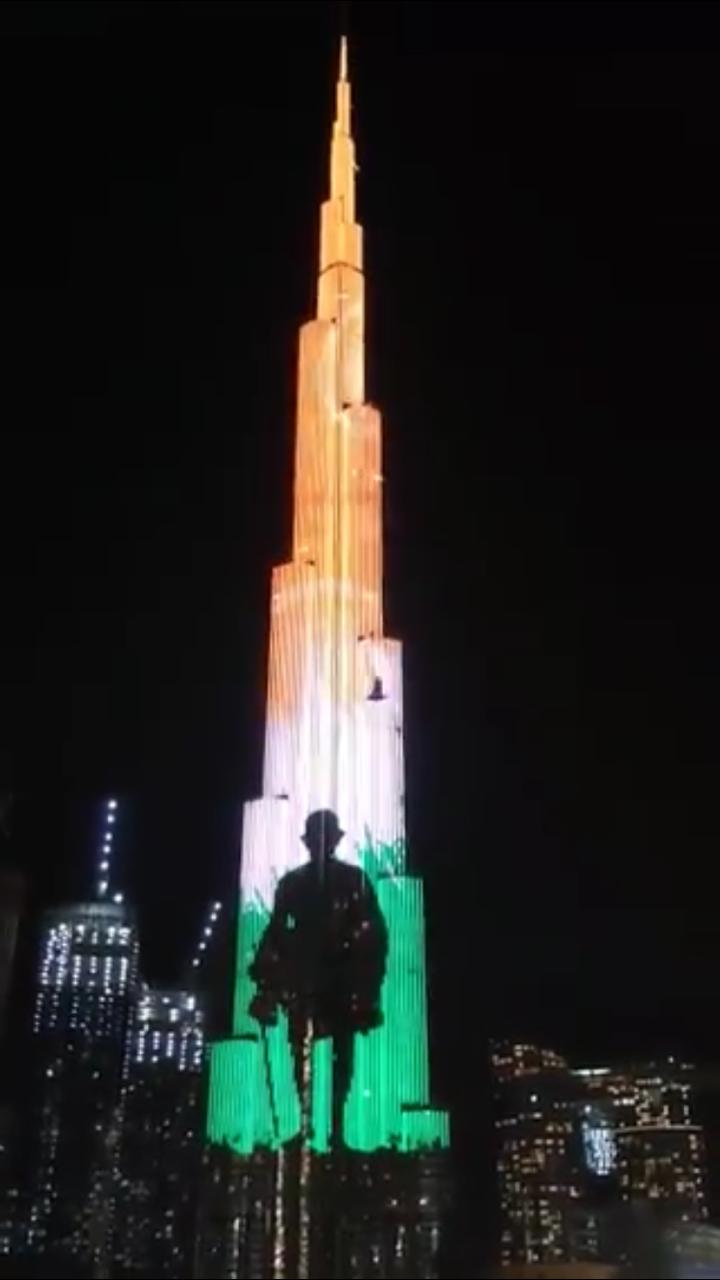 Images of Mahatma Gandhi, the leader of India’s freedom movement, were displayed on Dubai’s Burj Khalifa on Friday as a tribute on his 151st birth anniversary.

Earlier, the Indian Consulate in Dubai in a tweet said it would telecast live through its social media pages a special programme on “Relevance of Gandhi’s message in the 21st century” at 7 pm, followed by a LED projection on Burj Khalifa at 8.15 pm, reports Gulf News.

On Gandhi Jayanti in 2018, a special LED show on the Burj Khalifa marked the commencement of the two-year line up of programmes of 150 years of Gandhian ideologies in the United Arab Emirates (UAE).

The show was jointly organised by the Indian Embassy in Abu Dhabi, the Consulate and Emaar Properties.

Images of Gandhi and the Indian flag were beamed on the world’s largest LED-illuminated facade once again on the same day in 2019.

“The special Gandhi show on Burj Khalifa will be live-streamed on social media pages of the consulate. We are thankful to Emaar for their support,” the Indian Consulate told Gulf News earlier in the week.

Meanwhile, Consulate officials are also holding a cleanliness drive in the premises of the mission.

With the support from the Indian community, 151 trees will be planted on different sites to mark the occasion.

The annual debate for students, held under the patronage of the mission at GEMS Our Own Indian School, will be organised online due to Covid-19.

Essay writing and drawing competitions are also being organised for students. — IANS