EC to hold bypolls to 56 Assembly seats nationwide on Nov 3, 7 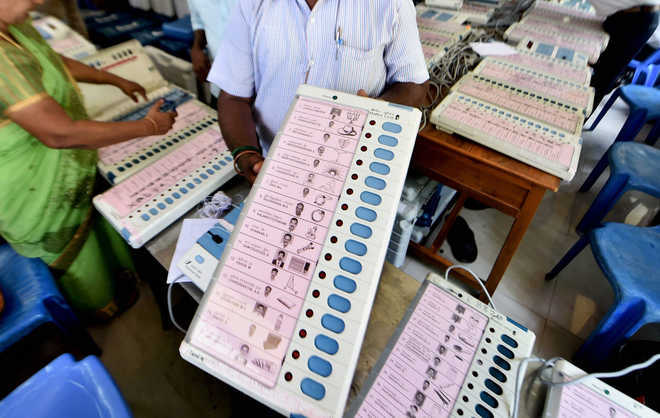 Bypolls to one Lok Sabha and 56 assembly seats will be held on November 3 and 7, the Election Commission said on Tuesday.

The votes will be counted on November 10.

Meanwhile, by-election for Baroda assembly seat in Haryana will be held on November 3.

Before announcing the schedule, the poll panel had issued a separate statement on Tuesday to announce that it has decided not to hold assembly bypolls in seven seats across Kerala, Tamil Nadu, Assam and West Bengal “at this stage” after specific request from the states. PTI