CAA will be implemented after COVID vaccination ends: Shah 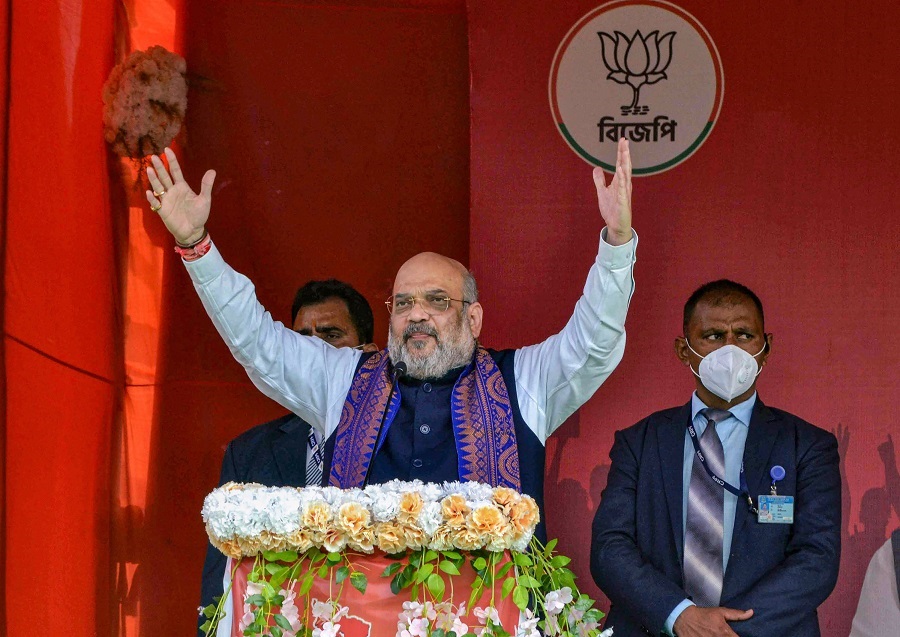 Union Home Minister Amit Shah on Thursday said the process of granting Indian citizenship to refugees under the CAA, including to the Matua community of West Bengal, would begin once the process of COVID vaccination has ended.

Accusing the opposition parties of misleading the minorities about the Citizenship (Amendment) Act, he said its implementation would not impact the citizenship status of Indian minorities.

Shah said the Modi government had in 2018 promised it would bring in a new citizenship law and kept it when the BJP was voted to power in 2019.

He said, after the country was hit by the COVID-19 pandemic in 2020, its implementation had to be kept in abeyance.

"Mamata didi said we made a false promise. She started opposing the CAA and saying she will never allow it. The BJP always fulfils the promises it makes. We have brought this law and refugees will get citizenship.

"As soon as the COVID vaccination process ends the process of granting citizenship under CAA will begin," he said, addressing a rally here in the bastion of the Matua community.

Matuas, originally from East Pakistan, are weaker section Hindus who migrated to India during the Partition and after the creation of Bangladesh. Many of them have been accorded Indian citizenship but a sizeable section of the population has not.

Shah said Banerjee would not be in a position to oppose the implementation of the CAA as she would cease to be the Chief Minister after the Assembly polls likely in April-May this year. PTI