The programme was supposed to take place at 9 pm IST on November 20. At 1 pm Indian time, the participant received an email saying the talk had to be cancelled 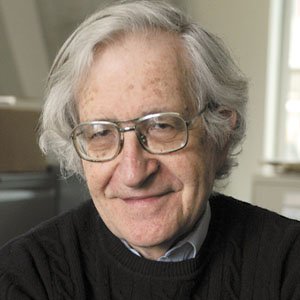 At 91, Noam Chomsky, the celebrated American linguist and eminently respected public thinker, woke up early at his Arizona home to speak about his latest book “Internationalism or Extinction” at the Mumbai Litfest sponsored by the Tatas. But the programme was allegedly cancelled abruptly, prompting Chomsky and co-panellist Vijay Prashad to suggest that the cancellation could be an act of “censorship”.

Prashad, well-known Marxist intellectual, was supposed to talk to Chomsky about the book. He alleged on Facebook that the cancellation took place “just hours before it was to go live”. The “dialogue” was “cancelled unilaterally by Anil Dharker and the team at Tata LitFest. No word from them”, Prashad wrote on Facebook.

A joint statement by Chomsky and Prashad stated that in September, they were invited by the Mumbai (Tata) LitFest to participate in a “dialogue” about Chomsky’s new book.

The programme was supposed to take place at 9 pm IST on November 20. At 1 pm Indian time (on November 20), the two participants received an email which said due to unforeseen circumstances, the talk had to be cancelled.

“Further inquiries informed us to be in touch with the festival’s director, Anil Dharker. No communication has been established thus far with Mr. Dharker”, the statement said.

It added that had they been allowed to talk, they would have not only spoken about the broad issues threatening the planet, but would have also touched upon specific role of countries such as India and corporations such as the Tatas.

“We wanted to talk about how governments, such as those led by the Bharatiya Janata Party and corporations such as the Tatas, are hastening humanity towards a deeper and deeper crisis,” the statement said.

Justifying participation in an event sponsored by the big corporate house, the statement says: “The Tatas do not own the platform of the Mumbai Lit Fest, which began a decade ago outside their sponsorship.”

The statement also added that despite reservations about the sponsors, the signatories decided to participate in the dialogue session because the themes taken up in the book (nuclear war, climate catastrophe, erosion of democracy) needed widest circulation.

Vijay Prashad’s participation in the Litfest, however, was not confined to the proposed programme on Friday evening alone. On the inaugural day of the Litfest on November 16, he took part in a panel discussion on politics and economics of US foreign intervention.

The joint statement was posted by Prashad on his Facebook page as well as on his microblogging account. Chomsky’s social media accounts do not show the statement.

The Litfest, the literature, art and music extravaganza that will continue till Sunday, lists prominent anti-establishment voices such as Ramchandra Guha, Javed Akhtar and Shashi Tharoor as speakers.