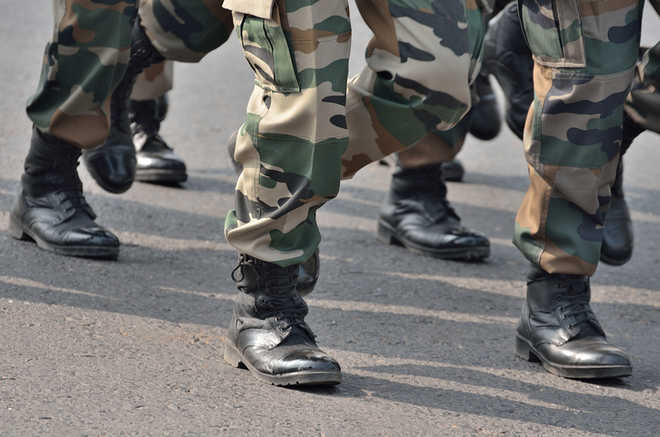 The Border Security Force (BSF) busted a “cruel” cattle smuggling technique along the India-Bangladesh border in West Bengal after seizing a live calf tied up and concealed inside a carcass, officials said on Monday.

They said a river patrol of the border-guarding force noticed a floating carcass in the Mahananda river in the Malda district on Sunday, and upon probe found a live cattle inside it.

“The carcass was cut open and a calf, whose legs were tied with ropes and eyes covered with a piece of cloth, was recovered,” the BSF said.

“The carcass was tied with water hyacinth (a type of water grass) and banana trunk to enable it to float. The nose of an animal (the calf) was visible from a cut in the dead animal’s skin,” the BSF said.

The calf was barely able to breathe, the force said.

“Cattle smugglers have started adopting very cruel and ruthless methods for smuggling of cattle along this border,” the force said.

The operation was conducted by the troops of the 44th battalion of the force tasked to guard the India-Bangladesh border in this region.

Officials said the force has “enhanced its vigil” to check the novel methods of cattle smuggling across this border especially during the ongoing monsoon season when the rivers are in spate and smugglers use these conditions to aggressively push cattle to the Bangladesh side.

A strong strategy backed by good intelligence inputs is being used all along the over 900 kilometres of this border that is guarded by the South Bengal frontier of the BSF, the force said.

The total length of the India-Bangladesh border is about 4,096 km.

BSF field units are “in contact” with the local police for better coordination to curb this menace along this front, a senior officer of the force said. PTI