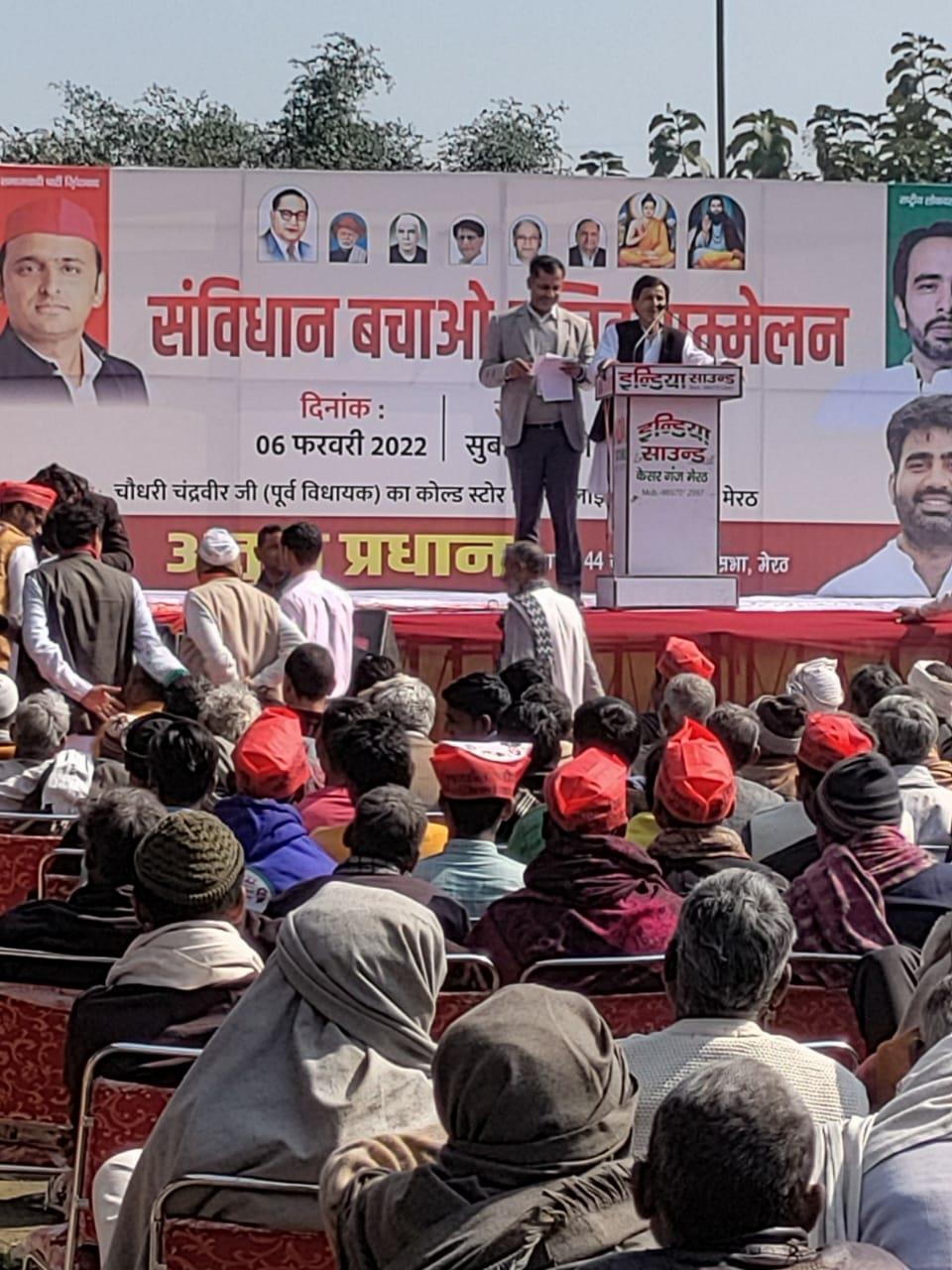 The arithmetically invincible caste equation in the BJP’s favour since the 2014 Lok Sabha poll is waning because of the scars left behind by the farm stir and unkept promises on jobs in this predominantly rural belt in western UP.

The sedition case filed against the Muslim candidate of RLD-SP alliance from Bijnor has come at an opportune time for the BJP. In the last Assembly polls, the caste equation forged by the BJP trumped the substantial Muslim vote in Bijnor. A 27-year-old homemaker, Suchi Choudhary, whose husband was accused in the 2013 riots, was elected MLA in 2017 with help of Dalit, Jat and backward caste vote.

All the way to Bijnor, the badly rutted NH-34 precludes Yogi backers from including “good roads” in the list of achievements — improved law and order, ‘pucca’ houses and ration for poor. The dog whistle for the minorities is saved for the last aspect. “They take away most of the ration. Each has seven to eight children. Tomorrow ‘they’ will overwhelm us,” warns a BJP supporter. The sedition case is more grist to their rumour mill. The election in Meerut’s Sardhana constituency was equally split on religious lines. In this sugar and mustard belt, MLA Sangeet Som became a hero of sorts after the 2013 riots. The tensions post-riots helped him double the victory margin to 20,000 votes in the 2017 Assembly poll. But, the SP-RLD is trying to chip away the Dalit vote that in the past gravitated to the BSP and the BJP.

The seats filled up quickly on Sunday for a “Save Constitution” convention organised by the SP-RLD alliance. A group of six youngsters said they came for “refreshments”. Otherwise half of them were voting for the BJP and the rest for the BSP. “But this happens in all rallies,” reasoned a RLD leader.

The BJP needs consolidation of upper castes, non-Yadav backwards and a section of Dalits to repeat its stamp of authority over UP. But as the replacement of several candidates demonstrates, it has to walk the extra mile to tide over the scars left by the farm stir and low cane prices.