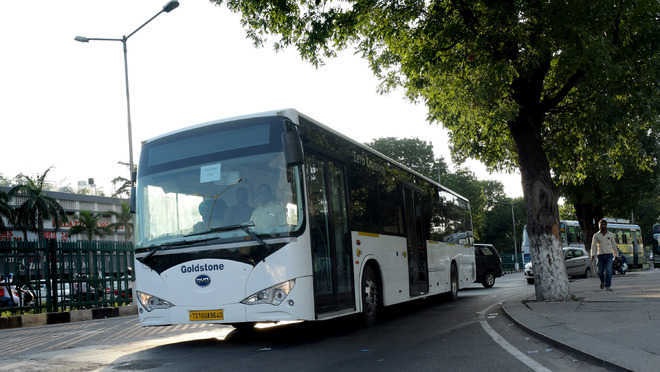 Delhi Lieutenant Governor VK Saxena has approved a proposal to forward a complaint to the CBI to probe the alleged corruption in the procurement of 1,000 low-floor buses by the Delhi Transport Corporation (DTC), leading to another war of words between the ruling AAP and BJP.

L-G is facing serious graft charges... Diversionary tactic, it will not yield anything. — Saurabh Bharadwaj, AAP

A complaint addressed to Saxena in June this year had claimed that the appointment of the Minister of Transport as the chairman of the committee for tendering and procurement of buses by the DTC was done in a “premeditated manner”.

It alleged irregularities in a July 2019 procurement bid for 1,000 low-floor BS-IV and BS-VI buses, and another bid made in March 2020 for the purchase and annual maintenance contract for low-floor BS-VI buses, sources said. The complaint was forwarded to the Chief Secretary on July 22 to seek comments and recommendations from the respective departments.

The report submitted by the Chief Secretary on August 19 had pointed out certain “irregularities”, following which the L-G has now forwarded the complaint to the CBI, the sources said, adding the CBI was already conducting a preliminary inquiry into the matter.

Accusing CM Arvind Kejriwal of indulging in corruption, the BJP claimed he had “no right to remain in the post”. Party spokesperson Gaurav Bhatia alleged each department of the AAP government “is involved in corrupt activities” with “contracts and tenders are being tailor-made to benefit Kejriwal’s aides”.

Hitting back, AAP said the tenders were cancelled and buses were never purchased. Party MLA Saurabh Bharadwaj claimed the CBI had conducted a preliminary inquiry a year ago and couldn’t find anything.

“The L-G is facing many serious allegations of corruption. To divert attention, he is marking such inquiries, most of which failed to yield anything. After making frivolous complaints against three ministers, he is now targeting another minister,” he alleged.