Centre comes under fire from Opposition over Covid ‘mismanagement’ 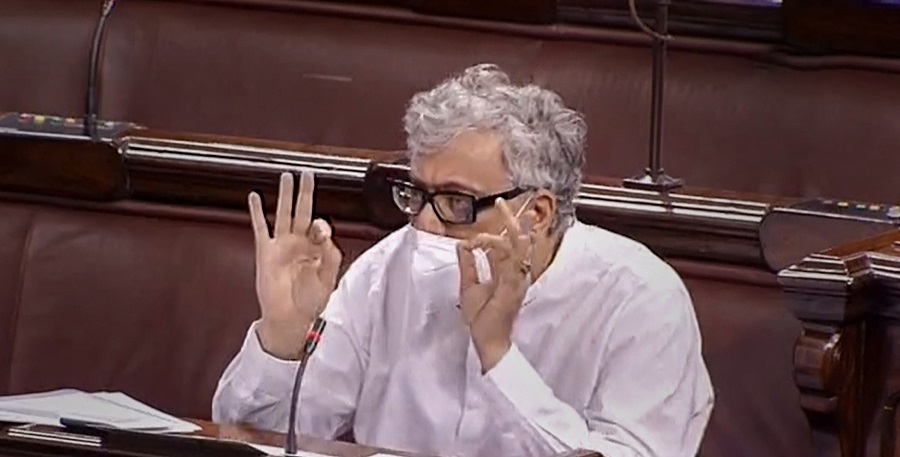 The Union Government on Wednesday came under fire from the Opposition in the Rajya Saba for its alleged mishandling of the COVID-19 situation, including announcing of sudden lockdown which exacerbated the problem.

During the discussion on Union Health Minister Harsh Vardhan’s statement on the pandemic and action taken by the government, Opposition parties criticised the Centre for turning its back on the financially beleaguered state governments to fend for themselves in dealing with the national health emergency.

They registered their protest at the Centre not clearing the dues to the states, including the GST compensation.

The BJD, which often sides with the government in Parliament, chimed with Opposition benches.

The discussion will conclude on Thursday, followed by the reply from the government.

Anand Sharma of the Congress, who opened the ball, set the tone of criticism against the government.

"Prime Minister made a sudden announcement of the lockdown. Was it fruitful?" asked Sharma.

He said that had pre-announcement consultations held, states would have made prior arrangements like quarantine facilities and other logistics.

The exodus of hapless migrant labourers trudging long-distances back home from cities portrayed a negative image of India, said Sharma as he demanded compensation for the workers who died under duress of the pandemic.

Expressing concern at government's stand that it did not have a record of the number of deaths, Sharma demanded preparation of a data-base of migrant workers.

He urged bolstering of public health infrastructure which was exposed during the lockdown days.

Appreciating the role of healthcare workers, he asked the government for action against the foreign journal which slandered hydroxychloroquine drug which was manufactured in bulk in India at a low cost.

A nominated member and BJP leader Swapan Dasgupta urged the government to clear the mist regarding the data related to the disease, patients, etc.

"You are under-reporting Covid cases," said Tiruchi Siva of the DMK.

Derek O'Brien of the TMC said the government was busy welcoming the USA President Donald Trump at the cost of paying attention to the pandemic.

The government's engagement with Trump's visit was critical refrain of the other Opposition members.