Centre to seek collaboration from scientists and institutions in private sector to make implementation of JJM cost-effective and efficient : The Tribune India

Its implementation is a challenge in J-K, Ladakh and Arunachal Pradesh 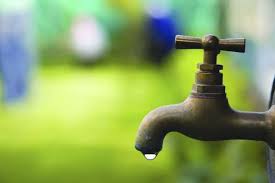 The Centre will seek collaboration from scientists and institutions in private sectors to make implementation of Jal Jeevan Mission (JJM) cost-effective and efficient though innovative solutions.

To this effect, the Jal Shakti Ministry, which implements JJM, has made an outreach to scientific community and institutions, including those related to Research and Development (R& D) in the field to forge partnerships with them.

The JJM's aim is to provide each rural household in the country with piped water connection by 2024. It was launched on Independence Day in 2019 by Prime Minister Narendra Modi.

The government's initiative to rope in private players is based on challenges it faced in the last one year in JJM's implementation across different geographical regions.

"Given the challenges and the knowledge gaps being faced while implementing the JJM with speed and scale along with the future of rural water security, there is a pressing need for significant research and innovation in the water supply sector," Jal Shakti Ministry officials said.

The rural drinking water supply is a complex subject with various social, environmental and technical challenges like geo-genic and anthropogenic water quality issues.

Long-term potable water supply in harsh edapho-climatic conditions and disaster-prone areas along with monitoring it on sustained basis is no easy task.

The challenge, particularly in rugged mountainous terrain in parts of Jammu and Kashmir and Ladakh, and snow-capped habitations and hamlets in Arunachal Pradesh is huge.

The challenges also include treatment of grey water generated in the households and its reuse, especially with toilets provided in households under the Swachh Bharat campaign.

The applications of those, including scientists and R&D institutions, start-ups and innovators willing to join hands with the government, will be processed by the Ministry and referred to the office of Scientific Advisor to the Government of India for approval.