However, the Samyukt Kisan Morcha said the protesters will not block roads in Delhi, Uttar Pradesh and Uttarakhand during the ‘chakka jam’ 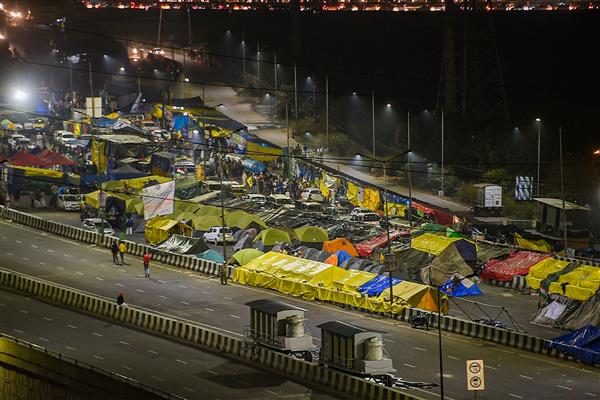 Entry and exit facilities at several prominent Delhi metro stations were on Saturday temporarily closed in view of the ‘chakka jam’ protests by farmer unions agitating against the new agri laws.

Farmer unions on Monday had announced a countrywide ‘chakka jam’ on February 6 when they would block national and state highways between 12 pm and 3 pm to protest the internet ban in areas near their agitation sites, harassment allegedly meted out to them by authorities, and other issues.

However, the Samyukt Kisan Morcha, an umbrella body of the farmer unions protesting the three farm laws, on Friday said the protesters would not block roads in Delhi, Uttar Pradesh and Uttarakhand during the ‘chakka jam’.

The DMRC in a series of tweets informed commuters that multiple stations have been closed.

It later tweeted that entry and exit gates of Vishwavidyalaya station were also closed.

After the Republic Day violence, the Delhi Police has deployed additional measures, including tightening security and intensifying vigil at the city’s border points, to deal with any situation emerging out of the ‘chakka jam’ on Saturday by farmers protesting the Centre’s three new agri laws, officials had said. PTI