Unlike its predecessor, Chandrayaan-3 will not have an orbiter 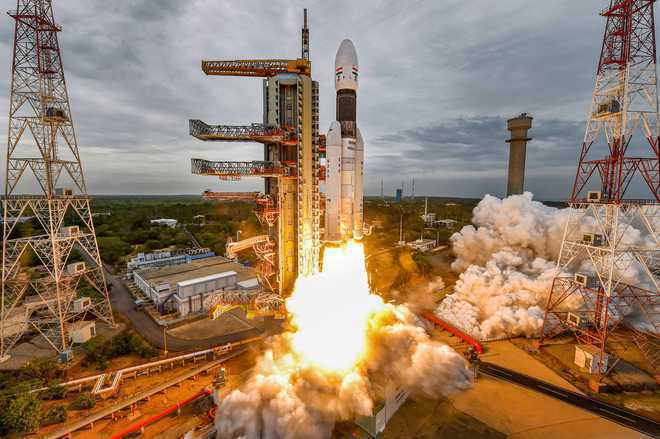 Chandrayaan-3 is critical for ISRO as it will demonstrate India’s capabilities to make landing for further interplanetary missions. — File Photo

Chandrayaan-3, India’s third mission to Moon, is likely to be launched in 2022, ISRO chief K Sivan has said.

The COVID-19 lockdown has hit several projects of the Indian Space Research Organisation (ISRO) including Chandrayaan-3, which was scheduled to be launched in late 2020, and Gaganyaan, the country’s first manned space mission.

Unlike its predecessor, Chandrayaan-3 will not have an orbiter.

Chandrayaan-2, aimed at landing a rover on the unchartered Lunar South Pole, was launched on July 22, 2019 on board the country’s most powerful geosynchronous launch vehicle.

However, the lander Vikram hard-landed on September 7, 2019, crashing India’s dream to become the first nation to successfully land on the lunar surface in its maiden attempt.

Chandrayaan-3 is critical for ISRO as it will demonstrate India’s capabilities to make landing for further interplanetary missions.

He said ISRO is targeting December to launch the first unmanned mission under the Gaganyaan project. The mission was originally scheduled to launch in December last year.

It will be followed by another unmanned mission and the third leg is the main module, he said.

Gaganyaan envisages to send three Indians to space by 2022. The four test pilots selected for the mission are currently undergoing training in Russia.

When asked about the launch of the third module of Gaganyaan—the manned mission—Sivan said, “A lot of technology needs to be demonstrated. We will decide on the time (of the manned mission) after checking whether all the technology is perfect.” — PTI