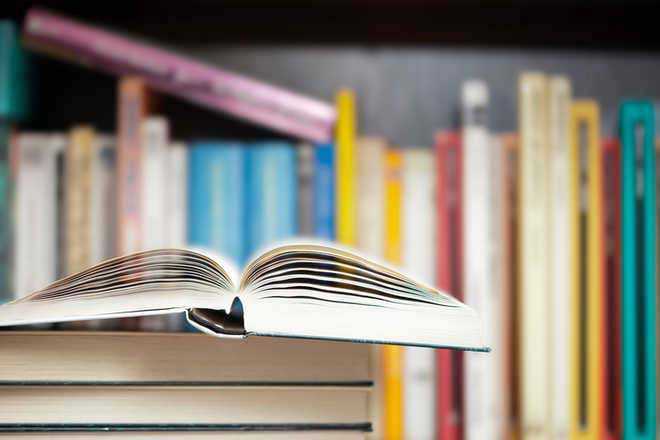 Class 9 students will not need to study the chapters on “Democratic rights” in Political Science; and “Food security in India” under Economics.

Full chapters on democratic rights, challenges to democracy, gender, religion, caste and secularism stand dropped from the syllabi for CBSE classes 9 to 12 this year.

The rationalisation of subject matter to make up for academic loss has also seen chapters on Five-Year Plans and India’s relations with its neighbours deleted from the course book for the academic year 2020-2021.

Read also: CBSE to rationalise syllabus by up to 30 pc for classes 9 to 12 to make up for academic loss

An analysis of 30 per cent syllabi rationalisation by the CBSE for higher classes shows that class 11 students would no longer need to study the crucial and controversial topics of “citizenship”, “nationalism” and “secularism” under the broad subject of political theory in political science.

Deleted portions from political science for class 12 include — Planning Commission and Five-Year Plans under the head “Planned Development”; India’s relations with neighbours Pakistan, Bangladesh, Nepal, Sri Lanka and Myanmar under the topic “India’s Foreign Policy”; and a chapter on Social Movements and regional aspirations.

All these are political science subjects.

Likewise for class 10, complete chapters deleted from political science syllabus include Democracy and diversity; Gender, religion and caste; Popular struggles and movements and Challenges to democracy.

Class 9 students will not need to study the chapters on “Democratic rights” in Political Science; and “Food security in India” under Economics.

For class 12 students an important deleted chapter in history is “Understanding Partition”. 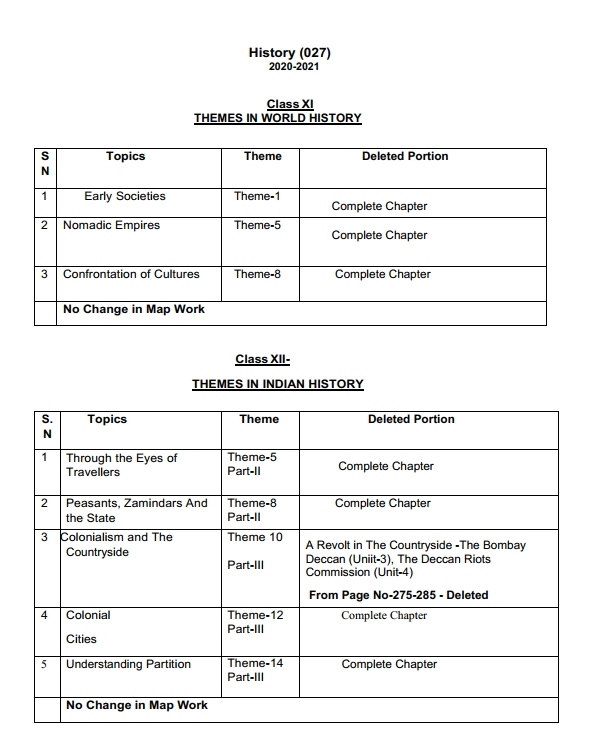 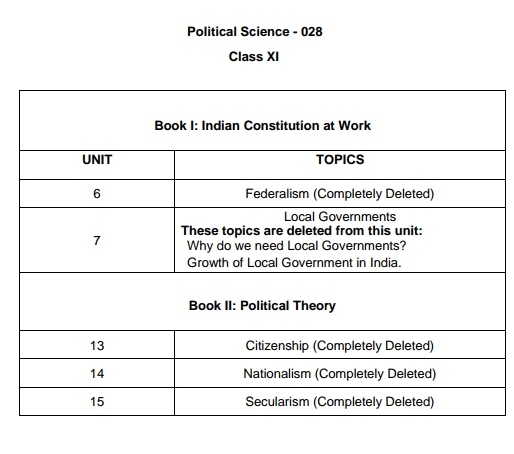 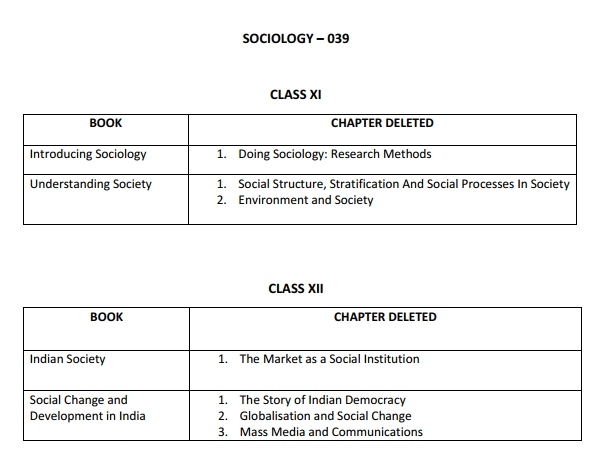