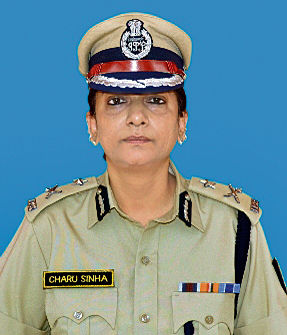 A celebrated Telangana-cadre officer of the 1996 batch, Sinha is seen in security circles as a tough officer. She had successfully conducted several anti-Naxal operations in Bihar and her cadre state.

Appointed Inspector General (IG), she says it will be inappropriate to comment about her posting, insisting, “As always, I am looking forward to my new assignment.” Under her leadership, claims a senior CRPF official, various anti-Naxals operations were carried out in the two states. She was subsequently moved to sensitive Jammu sector as IG where she spent a successful tenure.

Constituted in 2005, the Srinagar sector comprises Budgam, Ganderbal and Srinagar districts and Ladakh UT. The CRPF works in tandem with the Army and the J&K Police during anti-terror operations.

A few years ago, Sonali Mishra, IPS officer of the 1993-batch Madhya Pradesh cadre, had served as the IG of another paramilitary force, the Border Security Force, in Kashmir. — TNS