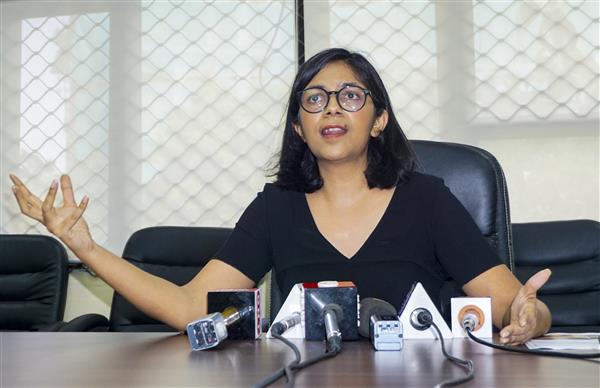 The Delhi Commission For Women (DCW) has issued summonses to Twitter and the city police over the alleged availability of child pornography videos on the microblogging website.

Twitter and the Delhi Police have been given time till September 26 to respond to the summonses. There was no immediate reaction from the website and the police.

“The Chandigarh University incident set me thinking and I asked my team to investigate. We found videos of minor girls on Twitter in which they were seen being raped. Some of the platforms were even selling these videos for Rs 20 to Rs 30. This is horrific,” DCW chief Swati Maliwal told reporters here.

Protests rocked the Chandigarh University campus in Punjab’s Mohali on Saturday night over allegations that objectionable videos of several female students were recorded by a hosteller, following which Chief Minister Bhagwant Mann ordered a probe.

The panel has summoned the Twitter India policy head and the Delhi Police over tweets depicting child pornography and rape of women and girls.

According to the DCW, most of the tweets showed naked children and many of those also depicted incidents of rape and other non-consensual sexual activities with children and women.

“Shockingly, some of these videos even depicted rape with children and women while they were asleep. Some of the Twitter accounts engaging in these criminal acts appear to be running a racket, wherein they seek money for providing pornographic and rape videos of children from other users of the social media platform. The commission has shared a list of such tweets with the Delhi Police and Twitter,” the panel said.

In the summons issued to Twitter, the commission has said it is “deeply distressed” that such “illegal” acts involving sexual abuse of children and young women are being publicised through the website.

The commission has summoned the Twitter official in order to ascertain the steps being taken by the website to prevent such content as well as the systems in place to immediately report the same to law enforcement agencies.

The DCW has also asked the platform to provide reasons as to why the tweets were neither deleted nor reported by it.

“The commission has also sought data regarding the number of such tweets presently available on Twitter. Further, it has sought the number of tweets depicting child pornography and rape identified, deleted and reported by Twitter in the past four years,” the panel said.

The DCW has also asked Twitter about the standard operating procedure (SOP) related to deleting and reporting such content followed by the platform. It has tried to ascertain whether artificial intelligence and machine-learning tools are used by Twitter to automatically identify and delete tweets depicting abuse against women and children.

In the summons to the Delhi police, the panel has sought an FIR in the matter. It has recommended that the children and women visible in the pornographic and rape videos be identified and assisted.

The Delhi Police has also been asked to provide the number of similar tweets reported by Twitter in the past and whether FIRs were registered in connection with those and the accused arrested. The police have also been asked to inform about the steps taken by them to ensure that no such videos depicting child pornography or rape are present on Twitter.