US Congressman asks Biden to back India against cyber hacking 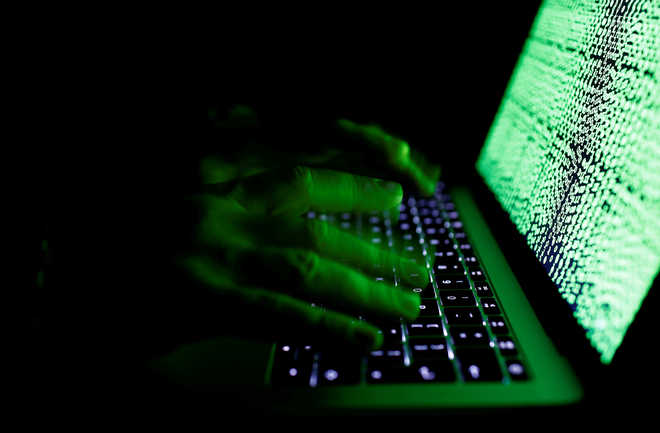 As more instances of alleged Chinese cyber attacks come into public domain, the Chinese embassy here has dismissed the reports as “pure rumours and slanders”.

Recently, Western media has reported that Chinese hackers may have launched cyber attacks not only on India’s power system but ports and two vaccine companies.

The Chinese embassy pointed out that the origin of cyber attacks is difficult to trace. “Speculation and fabrication have no role to play on the issue of cyber attacks. It is highly irresponsible to accuse a particular party when there is no evidence. China is firmly opposed to such irresponsible and ill-intentioned practice," said the spokesperson.

Like the US, India has rarely instinctively blamed specific external actors for cyber attacks. One Western media outlet quoted a Goldman Sachs-backed cyber security firm headed by a former MI-6 officer as stating that a Chinese hacking group APT10 tried to hack the IT infrastructure and supply chain software of Covid vaccine makers Bharat Biotech and the Serum Institute of India (SII).

Another media outlet picked up a report by another cyber security firm “Recorded Future” that reported a steep rise in attempts to target a dozen utilities such as two ports and 10 power sector bodies, including four of the five Regional Load Despatch Centres.

It said the tactics, techniques, and procedures (TTPs) resembled that of previously detected Chinese state-sponsored groups. Recorded Future does not currently believe there is enough evidence to firmly attribute the activity to an existing public group and, therefore, continues to track it as a closely related but distinct activity group, RedEcho.

But that did not stop a US Congressman Frank Pallone from calling on US President Joe Biden to “stand by our strategic partner and condemn China’s dangerous cyber-attack” on India’s grid, which forced hospitals to go on generators in the midst of a pandemic.

The US State Department, when asked by PTI after the media briefing, wanted the question referred to the company that conducted the study.

“In general, we continue to have concerns about states’ dangerous and coercive actions, including in cyberspace, and we reaffirm the importance of joint action on cybersecurity, critical infrastructure, and supply chain security,” said the spokesperson Nick Price.

The Chinese embassy specifically denied speculation about theft of other countries’ vaccines through hacker attacks, saying “we don’t need to and will not rely on stealing to obtain vaccines” and claimed that both China and India have fallen victims to disinformation.

China is a staunch defender of cyber security and also a major victim of hacking and cyber attacks. China firmly opposes and combats all forms of cyber attacks and crimes. In accordance with law, we’ve been cracking down on such attacks launched inside China or using China’s cyber infrastructure. This position is consistent and clear.