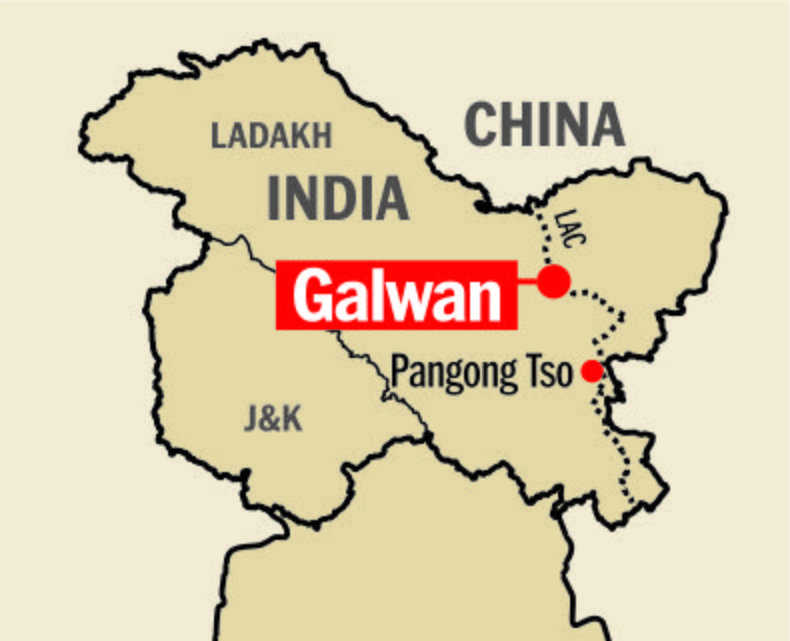 The clash between the Indian and Chinese troops at Galwan in eastern Ladakh in June 2020 had led to the death of at least 38 soldiers of the Peoples’ Liberation Army (PLA), says a report published in an Australian newspaper.

The report was filed by an investigative journalist who pieced together evidence to claim that China’s losses in the clash on June 15, 2020, were much higher than reported. Several Chinese soldiers drowned in the Galwan river while retreating in panic in the face of an Indian counterattack, it says.

Published in ‘The Klaxon’, the report cites information gathered on the 38 deaths from Chinese sources and the country’s social media platforms such as Weibo. The newspaper also refers to a report, ‘Galwan Decoded’, prepared by a group of social media researchers. In February last year, the PLA had announced that four of its men were killed. India had announced the death of 20 soldiers on June 16, 2020.

The deaths occurred when the “PLA soldiers panicked into retreat” after seeing the initial injuries inflicted by Indian troops to Colonel Qi Fabao, who was “hit on the head by an Indian solider and rushed back with serious injuries”, the report says. Qi has been made a torchbearer at the Winter Olympics beginning tomorrow in Beijing.

As the panicked PLA retreated from the Galwan Valley, PLA’s Junior Sergeant Wang Zhuoran successfully pushed four of his comrades across the Galwan river. Citing “several Weibo users”, the report states: “At least 38 PLA troops along with Wang were washed away and drowned that night… of them, only Wang was declared among the four officially dead soldiers... The stories told (by China) to the world were mostly fabricated.”

Going into the reasons of the clash, the report says that in April 2020, Chinese forces began ramping up activities in the Galwan Valley, allegedly setting up infrastructure such as tents, dugouts and machinery in the buffer zone on the LAC.

On June 6, 2020, nearly 80 PLA soldiers came to dismantle the temporary Indian bridge. It was then agreed to withdraw all personnel who crossed the buffer zone line. The June 15 clash occurred as Colonel Qi ordered his troops to form a battle formation instead of discussing the issue on the lines of mutual consent made on June 6, 2020, it says. The report says “the moment Col Qi attacked, he was immediately besieged by Indian troops”. “The PLA decided to cross the icy water of the river in pitch dark… The river flow rose suddenly and the PLA troops were washed downstream,” it mentions.

China has repeatedly refused to disclose its total casualties. Beijing has gone “into silent discussion” about the battle, in particular the discussion on the number of Chinese casualties, the report says. The ‘Galwan decoded’ report cites a year-long investigation involving discussions with mainland Chinese bloggers, information obtained from mainland-based Chinese citizens and media reports that have since been deleted by Chinese authorities.