Can social media ban be a condition for grant of bail? 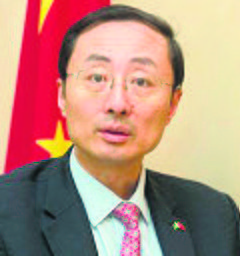 Can a court impose a ban on the use of social media by an accused as a condition for grant of bail to him, particularly when the offence alleged had nothing to do with access to such platforms?

Confronted with the question, a Bench headed by Chief Justice of India SA Bobde on Friday issued a notice to the Centre and Uttar Pradesh Government on a petition filed by Congress leader Sachin Choudhary challenging such a condition imposed on him for grant of bail.

Now, the top court would decide if a court could restrict an accused from using the social media while granting him bail.

“We don’t think it’s too onerous... if a person’s participation on the social media creates mischief, why can’t the court say you don’t use the instrument by which you caused mischief?” the CJI commented.

As senior advocate Salman Khurshid, representing the petitioner, said there was no allegations against the accused relating to misuse of social media, the CJI said, “We would like to lay down the law on this issue.”

“Can such a restriction be imposed when the crime alleged has nothing to do with social media access?” it wondered.

Choudhary has challenged an Allahabad High Court verdict imposing, apart from general conditions for bail, a condition on him not to use social media till the pendency of trial in a sedition case against him.

Besides sedition, he is facing charges of hate speech and certain other charges under the Information Technology Act and the Disaster Management Act.