Chronology of events in Unnao rape case : The Tribune India 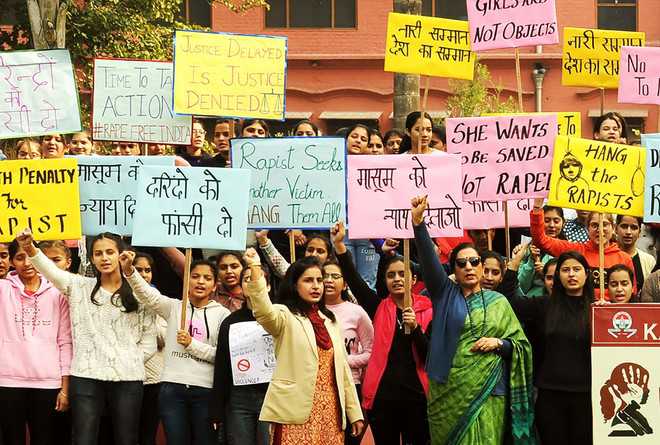 Following is the chronology of events in the sensational Unnao rape case, in which a Delhi court on Friday sentenced expelled BJP leader and Uttar Pradesh MLA Kuldeep Singh Sengar to life imprisonment for raping a minor girl in 2017.

Apr 3, 2018: Rape survivor’s father beaten up by some persons and arrested in a false case of illegal arms allegedly at the behest of Sengar and 10 others.

Jul 17, 2019: Rape survivor, her family write letter to CJI Ranjan Gogoi, expressing threat and danger to their lives allegedly from Sengar and his men.

Jul 28: Over-speeding truck rams into a car in which rape survivor, her family and lawyer were travelling, killing two of her aunts, leaving her and the advocate critically injured.

Jul 29: FIR registered at the Gurubuxganj police station in Raebareli against Sengar and nine others in connection with the road accident.

Jul 30: Rape survivor’s letter to the CJI comes to light.

Jul 31: Supreme Court takes cognisance of the letter, seeks report from its secretary general on the delay in placing it before the bench.

Aug 1: SC transfers five cases related to the rape case to Delhi, directs the trial court to complete the trial in 45 days.

Sep 11: Special temporary court set up at AIIMS to record the statement of the rape survivor.

Dec 6: Rape survivor shifts to rented accommodation in Delhi arranged by the Delhi Commission for Women on the trial court’s order.

Dec 20: Sengar sentenced to life imprisonment by court, a fine of Rs 25 lakh imposed on him. PTI