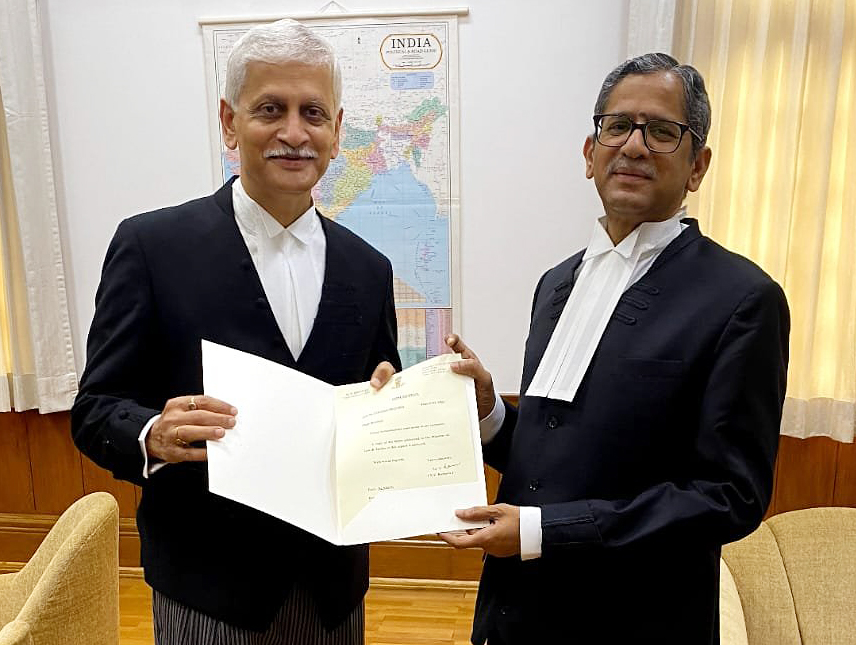 Chief Justice of India NV Ramana on Thursday recommended to the Centre to appoint Justice Uday Umesh Lalit, the senior-most judge of the Supreme Court after him, as his successor and the next CJI. A Supreme Court official said CJI Ramana personally handed over a copy of his letter of recommendation dated August 3 to Justice Lalit on Thursday morning.

Initiating the process for appointment of the new CJI, Law Minister Kiren Rijiju had on Wednesday evening formally written to CJI Ramana requesting him to recommend the name of his successor. Justice Ramana, who took over as the 48th CJI on April 24, 2021, is due to retire on August 26 at the age of 65. Appointed as an SC judge on August 13, 2014, directly from the Bar, Justice Lalit would take over as the 49th CJI on August 27. He would retire on November 8, 2022, and would have less than two-and-a-half-month tenure as the CJI.

Born on November 9, 1957, Justice Lalit got enrolled as an advocate in June 1983 and practised in the Bombay HC till December 1985 before shifting his practice to Delhi in January 1986. He was designated as senior advocate by the SC in April 2004 and appeared as amicus curiae in several important cases and was appointed Special Public Prosecutor for the CBI to conduct trial in all 2G matters under the SC orders.