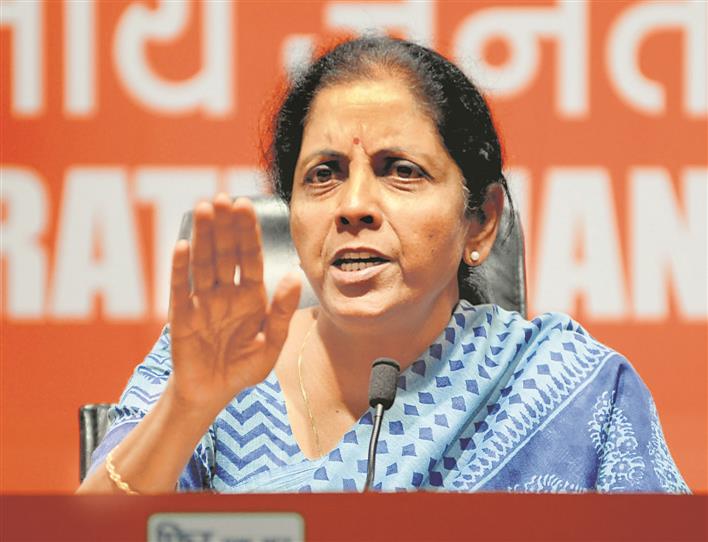 Finance Minister Nirmala Sitharaman has said climate financing continues to be an area of worry as she flagged India’s concerns over funding mechanism and technology transfer.

US firms have welcomed economic reforms

The Biden administration as well as leaders from the corporate sector in the US have welcomed as a very positive step the reforms undertaken by the Indian government, particularly the withdrawal of the retrospective tax. — Nirmala Sitharaman, FM

Her remarks came ahead of the upcoming COP26 summit to be held at Glasgow in the United Kingdom. Leaders of nearly 200 countries, including India, will gather at the high-level summit on climate change, scheduled to be held from October 31 to November 12, to discuss the way forward to tackle climate action and submit their updated targets.

Sitharaman said it is unclear how the USD 100 billion per year commitment given in the wake of COP21 has been extended.

“From my side, of course, one of the issues that I did raise and it is also something which many people do take cognisance of, is we actually don’t know if there were any measures given to measure if money spent on a particular project by somebody will be part of that USD 100 billion,” Sitharaman said after the conclusion of her meetings at the International Monetary Fund (IMF) and the World Bank here on Friday.

Sitharaman said several participants, both in the IMF and World Bank meetings, highlighted this particular issue. “So funding is continuing to be a question of worry for many countries, as much as even the transfer of technology,” she said.

“The issue is, again, as much as it is in the fund, do we know which technology that we are asking for transfer? Do we know which are those things which have to be considered for the debate and transfer of technology,” she said. — PTI