Didi writes to Oppn leaders to unite against BJP 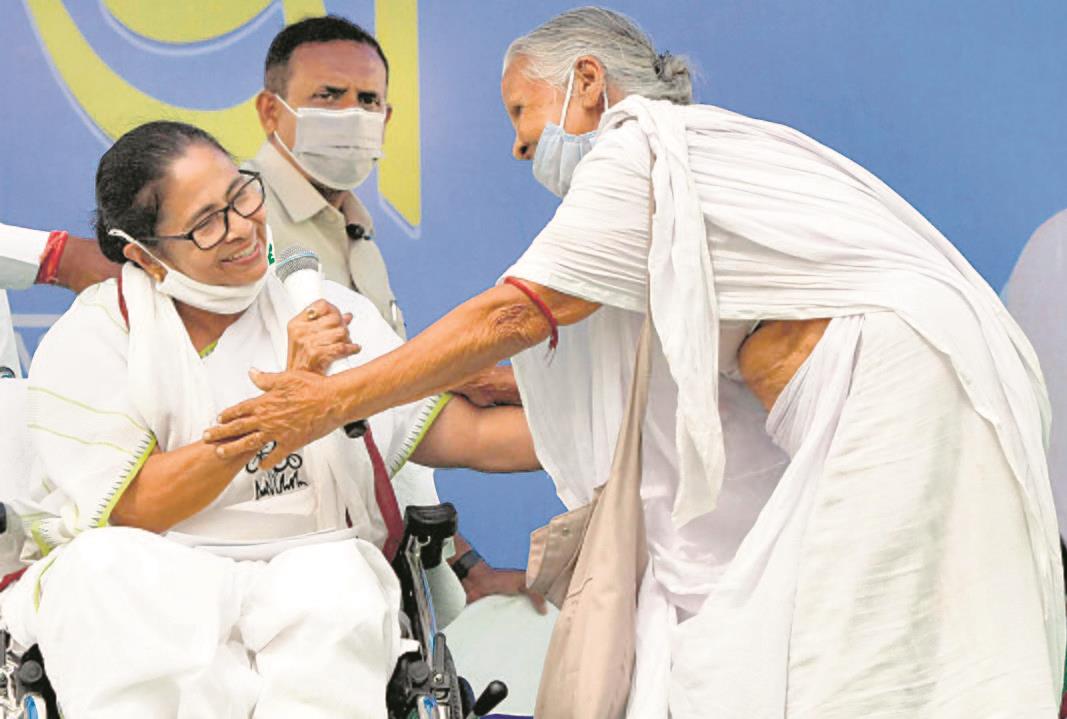 Chief Minister Mamata Banerjee today wrote to 10 Opposition leaders, including Congress’ Sonia Gandhi, suggesting a get-together for chalking out a strategy to take on the BJP after the current round of Assembly polls.

The strongly worded seven-point letter — sent on the eve of her battle with Suvendu Adhikari in Nandigram — said the time had come for a “united and effective struggle against the BJP’s attacks on democracy and the constitution” and “presenting a credible alternative to the people of India”.

The BJP wants to make it impossible for non-BJP parties to exercise their constitutional rights and freedom. It wants to dilute the powers of state governments and downgrade them to mere municipalities.

Starting with the controversial new law that gives more powers to Delhi’s Lieutenant-Governor, Mamata presented seven instances of what she called the BJP’s “assaults” on democracy and cooperative federalism.

The list included misuse of the office of the Governor, central agencies like the CBI and ED, withholding states’ funds, disbanding bodies like the National Development Council and Planning Commission, using money power to topple non-BJP governments, privatisation of nation’s assets and deterioration in the relations between the states and the Centre.