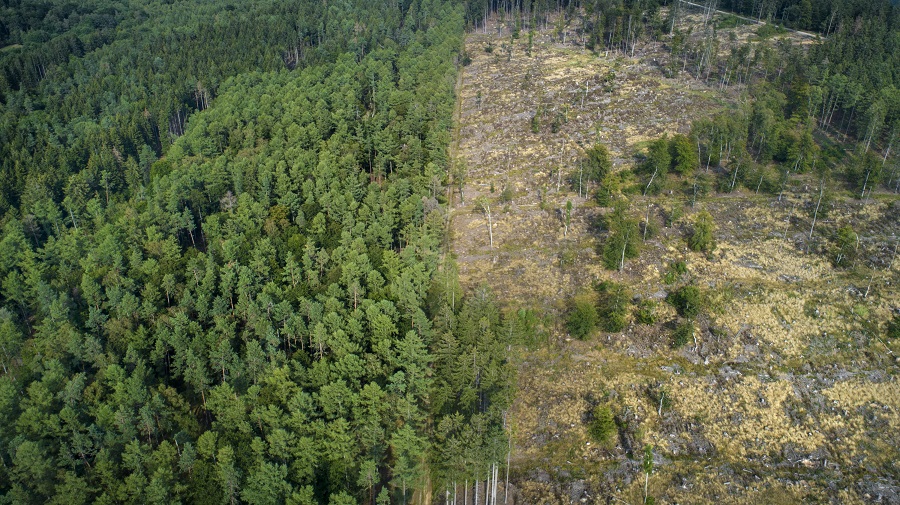 Destroyed primary rainforests released as much CO2 as overall fossil fuel emissions of India in 2021, a new report said on Tuesday while flagging that deforestation claims an area close to the size of Greece every year.

“Deforestation is responsible for nearly 15 per cent of global CO2 emissions. Every year, 10 million hectares of tropical forest are lost and if we do not halt this by 2030, it will be impossible to limit global warming to 1.5 degrees Celsius,” the World Economic Forum (WEF) report said.

It also said the private sector has a key role to play in preserving the world’s forests while ridding their own supply chains of deforestation.

“The urgent priority is protecting tropical forests, even above planting new trees (which is also important), because the world loses tropical forests at the rate of 10 million hectares per year—equivalent to about one Central Park of New York every 15 minutes,” said Eron Bloomgarden, Founder and CEO of Emergent, a non-profit intermediary acting between tropical forest countries and the private sector.

“We need billions of dollars of investment in climate finance to protect the world’s forests. We are working on initiatives like the LEAF Coalition and Green Gigaton Challenge as we believe jurisdictional-scale action is the way to do this,” Bloomgarden added.

The LEAF Coalition (Lowering Emissions by Accelerating Forest finance) is the largest-ever public private partnership dedicated to halting tropical deforestation, bringing together global corporations and sovereign donors. It has generated over USD 1 billion of funding so far to protect tropical forests.

Since 2002, more than 60 million hectares of primary forests have been lost in the tropics, equivalent to an area the size of France, the WEF said.

The vast majority of tropical deforestation—more than 80 per cent of it—occurs in landscapes where agriculture is the dominant driver.

In 2021 alone, 11.1 million hectares of tree cover were lost. Of this, 3.75 million hectares were tropical primary rainforests, and the loss resulted in 2.5 gigatons of CO2 emissions—equivalent to the annual fossil fuel emissions of India, it added.

The cost estimates to save sufficient forests to keep the planet on a 1.5 degrees celsius pathway range from USD 100 billion to USD 390 billion a year.

As per estimates, more than half of global GDP—around USD 44 trillion of economic value—is moderately or highly dependent on nature. Almost 1.6 billion people depend on forests for food, water, wood and employment.